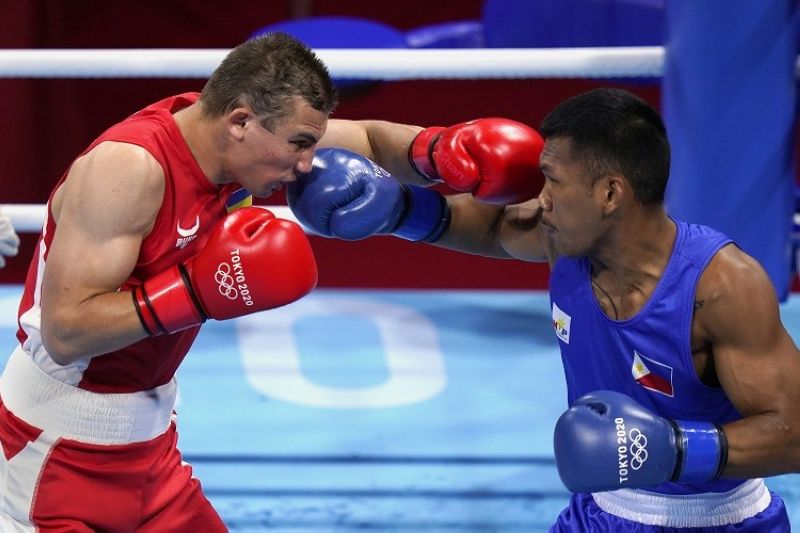 FILIPINO boxer Eumir Marcial settled for bronze in the men's middleweight (69-75 kilogram) boxing after bowing to Ukrainian Oleksandr Khyzhniak in the 2020 Tokyo Olympics at the Kokugikan Arena in Tokyo, Japan Thursday, August 5, 2021.

The Zamboanga City-native, who made the semis after knocking out Arman Darchinyan in the quarters, lost to Khyzhniak via split decision.

The Ukrainian boxer remains undefeated since 2016. In 2019, Khyzhniak beat Marcial also via split decision at the Strandja International Boxing Tournanment.

Marcial's win raised the Philippines' all-time medal tally to 13, seven of which are for boxing with three silver and four bronze medals.

On Thursday, Filipino boxer Carlo Paalam also advanced to the gold medal finals at the Olympics after beating Ryomei Tanaka of Japan in the men's flyweight, securing the country a silver medal.

The Philippines got its first-ever gold in the Olympics on July 26 after Hidilyn Diaz, 30, won the women’s 55-kilogram weightlifting category.

The 2020 Summer Olympics marks the most medals the Philippines' won since its debut in the sporting event in 1924. (JGS)