Huge crowds rush to vax sites in NCR ahead of lockdown 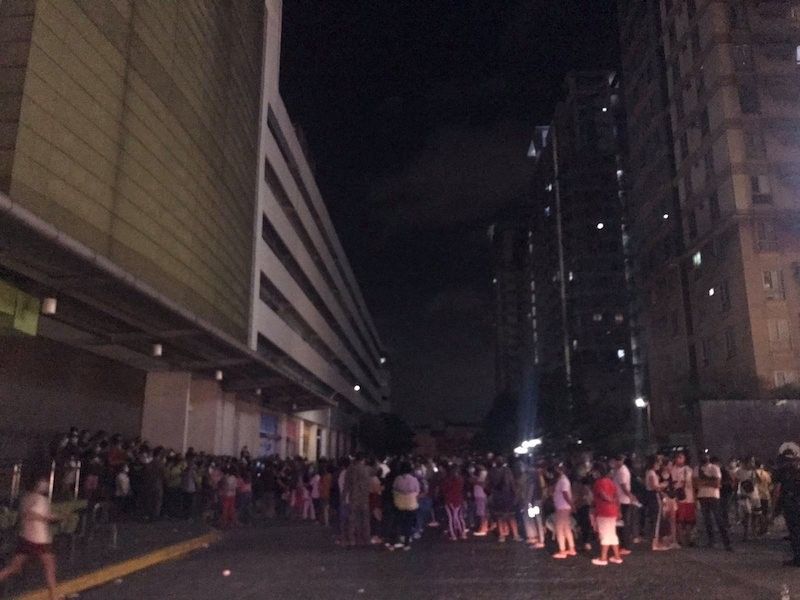 The police also denied another rumor being circulated that those who do not get vaccinated would be arrested and prohibited from going out.

These false information have led to long queues at vaccination centers since Wednesday evening, August 4.

The second rumor, however, is most likely based on the pronouncement of President Rodrigo Duterte on July 28, 2021.

Duterte had said that those who don't want to get the vaccine had better stay home. If they go out, Duterte said he will ask the police to escort them home.

Abalos said a huge crowd gathered in vaccination centers in Manila, Masinag in Antipolo City and Las Piñas because of the fake news about the social amelioration program.

He said the National Bureau of Investigation (NBI) is conducting an investigation into the fake news to identify those behind it.

Police also said thousands rushed to the SM San Lazaro, SM Manila, Lucky Chinatown and Robinsons Manila before dawn Thursday to get the vaccine because of the rumors about the unvaccinated facing arrest.

At SM San Lazaro, vaccination was suspended but the large crowd remained.

The Manila Public Information Office earlier announced that only 2,500 doses will be administered Thursday at each vaccination site.

During the two-week lockdown, the government will distributed P1,000 to P4,000 cash aid to low-income families.

Vaccinations will continue during the ECQ.

In Quezon City, Mayor Joy Belmonte warned of the arrest and imposition of fines against those who will violate vaccination rules in accordance with City Ordinance No. SP-3032, S-2021.

Belmonte issued the statement amid reports that some people presented falsified SMS notifications about their scheduled vaccination and tampering vaccination cards.

Violators of the said ordinance face a fine of P5,000 or imprisonment of not less than one month but not more than six months, or both at the discretion of the court. (Third Anne Peralta-Malonzo / SunStar Philippines)