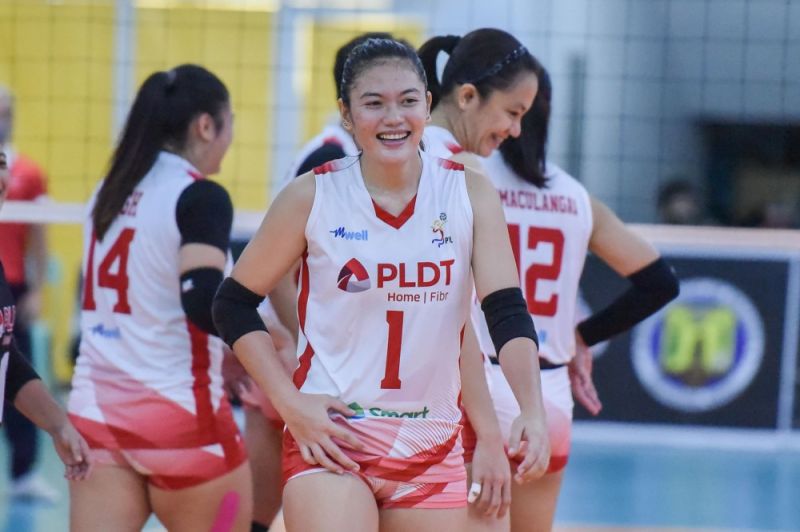 Cebuana Isa Molde and the rest of PLDT won their second match in a row, with a straight sets victory over BaliPure on Thursday. / PVL

The PLDT Power Hitters won their second game in a row, 25-17, 25-15, 25-19, over the BaliPure Water Defenders in the Premier Volleyball League Open Conference on Thursday at the PCV Socio-Civic and Cultural Center in Bacarra.

The win allowed PLDT to improve their win-loss record to 2-6. However, it did not come easy as the Power Hitters had to scratch and claw from an eight-point deficit in the third set to surge ahead, 23-19. A miscue by BaliPure and then, a block by Rhea Dimaculangan on Bern Flora put an emphatic end to the contest in PLDT’s favor.

PLDT head coach Roger Gorayeb said that the win was a great morale-booster for a team that has plenty of new players.

Meanwhile, Graze Bombita led BaliPure with nine points. However, the Water Defenders dropped their fifth game in a row to fall to 2-6. (JNP)