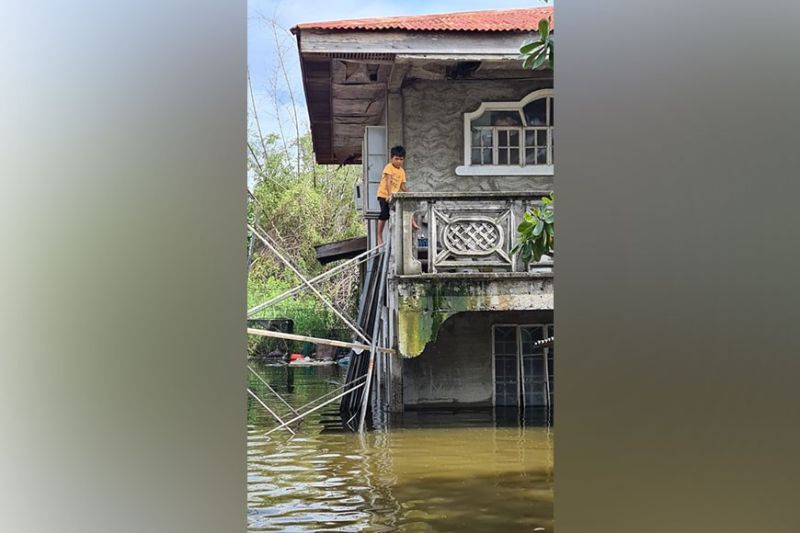 STILL FLOODED. A boy uses scaffolding to get inside their flooded house in Barangay San Francisco, Minalin town. (Photo by Cris Navarro)

HUNDREDS of families from six Pampanga towns are still in evacuation centers as of Wednesday evening, August 4, 2021.

Based on the Provincial Disaster Risk Reduction and Management Office's (PDRRMO's) report, 645 families or about 2,341 persons from the Fourth District towns have not yet returned to their flood-affected houses.

Most of the evacuees were from the coastal towns of Macabebe and Masantol, which reported some 212 (715 persons) and 34 families (130 persons) still in evacuation, respectively.

Evacuation centers in Apalit were still occupied with 101 families (446 persons), while evacuees in San Simon accounted for 48 families (157 persons).

The provincial disaster office also reported evacuees in other places -- 246 families (878 persons) in Santo Tomas and four families (15 persons) in Minalin town, who were still staying at temporary shelters in government facilities.

The PDRRMO also noted that most of the barangays of the said municipalities are still submerged in varying levels of floodwaters.