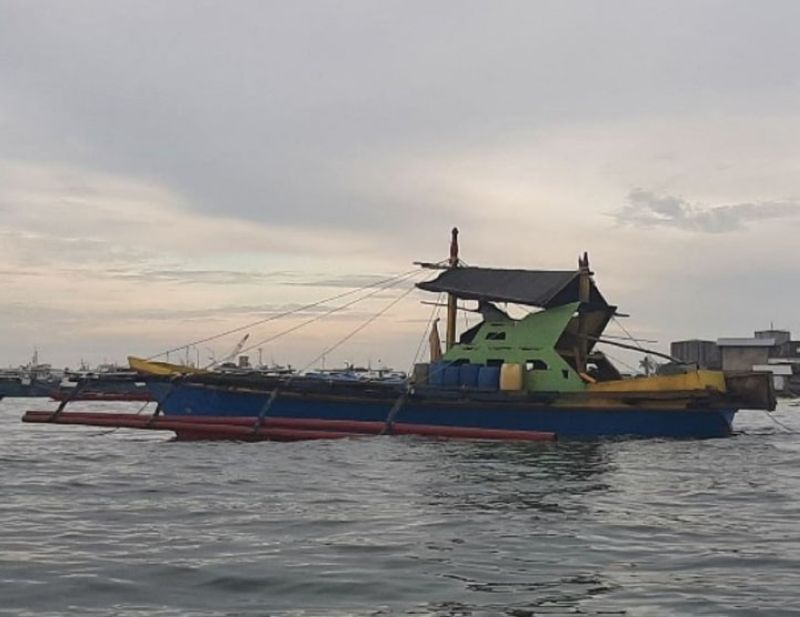 ZAMBOANGA. Joint police and Bureau of Customs operatives intercept a Jungkong-type watercraft loaded with some P4.5-million smuggled cigarettes with seven people, including three minors aboard, on Wednesday, August 4, near Tumalutap Island, east of Zamboanga City. A photo handout shows the Jungkong-type watercraft that ferried the confiscated smuggled cigarettes from Jolo, Sulu to this city. (SunStar Zamboanga)

SOME P4.5 million worth of smuggled cigarettes were seized and seven people were arrested in an anti-smuggling campaign by government operatives off Zamboanga City, the police reported Thursday, August 5.

Ylagan said the joint operatives of the 2nd Zamboanga City Mobile Force Company and Bureau of Customs (BOC) were conducting seaborne patrol when they chanced upon a motorized wooden watercraft locally known as "Jungkong" with seven people aboard, including three minors.

When inspected, the watercraft was found to be loaded with undocumented 128 master cases and 34 reams of Champion Menthol cigarettes with an estimated worth of P4.5 million, according to Ylagan.

He said the watercraft, which came from Jolo, Sulu, its cargo and the people aboard were turned over to the BOC for proper disposition. (SunStar Zamboanga)