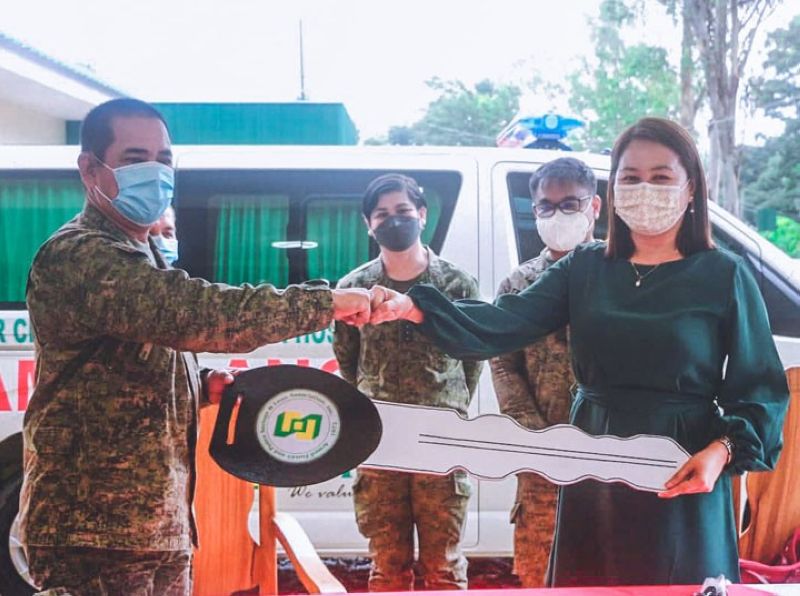 The new ambulance was officially turned over to the 1ID on Monday, August 2, at Kuta Major Cesar Sang-an Station Hospital in Labangan, Zamboanga del Sur.

"We will provide universal access to basic and advanced life support by providing emergency or quick transfer to our patients, especially to our men and women in uniform and possibly to the local community as well," said Armi Lou Austria, AFPSLAI-Pagadian City acting branch head.

Austria added that AFPSLAI has always considered themselves very lucky for the opportunity to serve the Philippine Army while the latter serves the country.

Major General Generoso Ponio, 1ID commander, formally accepted from Austria the donated ambulance. It was followed by the blessing of the vehicle, signing of the deed of donation, and the turnover of the key.

Ponio expressed his gratefulness to AFPSLAI and assured Austria that the vehicle will be taken care of and will undoubtedly perform according to its function, providing emergency care to injured soldiers performing their duties.

"AFPSLAI has been our partner and has provided financial services to our soldiers. Keep on supporting the Philippine Army, and we are hopeful that AFPSLAI will never get tired of helping our soldiers and the Army units," Ponio added.

He presented a plaque of appreciation to AFPSLAI-Pagadian City Branch for its continued support to the 1ID and for donating one unit of ambulance essential to the health services of the command. (SunStar Zamboanga)