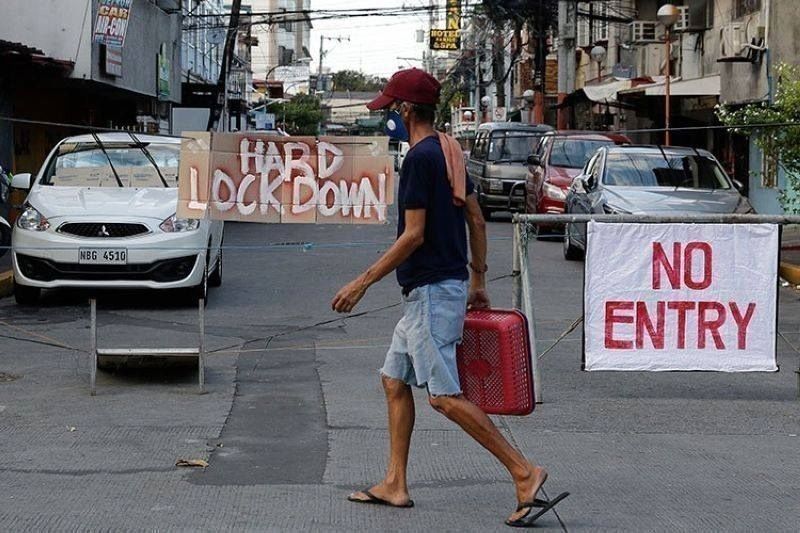 (UPDATED) Laguna Province has been added to the list of areas under enhanced community quarantine (ECQ), but only for August 6 to 15, 2021, while Iloilo City and Cagayan de Oro City will continue to be under ECQ for another week until August 15.

Iloilo Province, which is currently under ECQ, will shift to modified enhanced community quarantine (MECQ) on August 6 to 15.

Lucena City and the provinces of Cavite and Rizal, which are under general community quarantine (GCQ) with heightened restrictions, will go into the more stringent MECQ on August 6 to 15.

Batangas and Quezon, which were placed earlier under regular GCQ, will shift to GCQ with heightened restrictions until August 15.

President Rodrigo Duterte has approved these new quarantine classification as recommended by the Inter-Agency Task Force (IATF) for the Management of Emerging Infectious Diseases, a statement from Malacañang said Thursday evening, August 5.

The announcement of these new classifications was made a couple of hours after the Department of Health (DOH) again reported more than 8,000 new cases of coronavirus disease 2019 (Covid-19) and an additional 116 infections caused by the highly contagious Delta variant of Sars-CoV-2 as well as over 200 other cases with the Alpha and Beta variants.

Other areas under ECQ are National Capital Region from August 6 to 20, and Gingoog City until August 7.

The rest of the country will be under modified general community quarantine (MGCQ) for the entire month of August. (Marites Villamor-Ilano / SunStar Philippines)