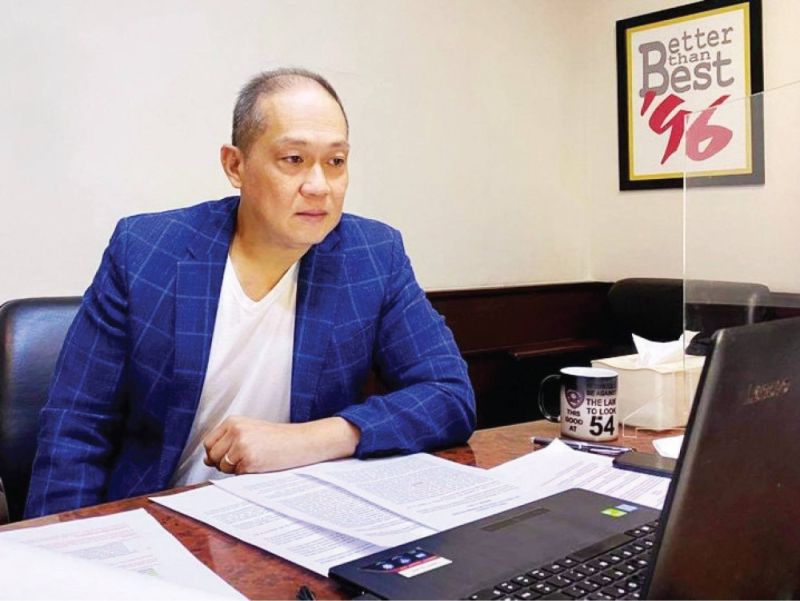 REQUEST. At the regular session on Aug. 4, 2021, ex-officio City Councilor Franklyn Ong asks the Department of Budget and Management to review Supplemental Budget 1. (From FB Page of Franklyn Ong)

THE Cebu City Council approved the first supplemental budget (SB1) worth P4.4 billion on Wednesday, July 28, 2021. But was it valid?

Ex-officio member Franklyn Ong, representing the Association of Barangay Councils, raised this question before the Department of the Interior and Local Government (DILG) and the Department of Budget and Management (DBM) in a privilege speech on Aug. 4.

The Kasambagan barangay captain sought the opinion of the City Legal Office and the DILG Cebu City on the number necessary to pass the SB1 ordinance, taking into consideration the 15th Sangguniang Panlungsod (SP) House Rules.

Ong also requested the DBM 7 to review the SB1 as mandated under Section 326 of the Local Government Code.

During the deliberation on July 28, the minority bloc questioned some items. However, the majority proceeded to the division of the house, with eight in favor and six against the approval of the budget.

Based on the DILG opinion 37 Series of 2019, the Local Government Code is silent as to what kind of majority vote is required to pass an appropriation ordinance, he said.

However, Ong pointed out Section 9 of the House Rules of the current SP, which states that “ordinary motions or resolutions may be approved by a majority of the members present, there being a quorum.”

“The affirmative vote of a majority of members of the Sanggunian shall be necessary for the passage of any ordinance or resolution...,” the House Rules also state.

Ong said he understood Section 9 to mean the affirmative vote of a majority of the members of the Sanggunian is required to pass an ordinance and not the majority of members present constituting a quorum.

Only 14 out of the 18 members of the council were present during the deliberation and approval of the SB1.

If Ong’s statement is to be considered, the affirmative votes in favor of the passage of the SB1 fell short of the majority of the total members of the council.

Council members, though, refused to further discuss the points raised by Ong.

City Councilor Eugenio Gabuya Jr. said it would be better for the council to wait for the response of the City Legal Office, the DILG and the DBM before making any action.