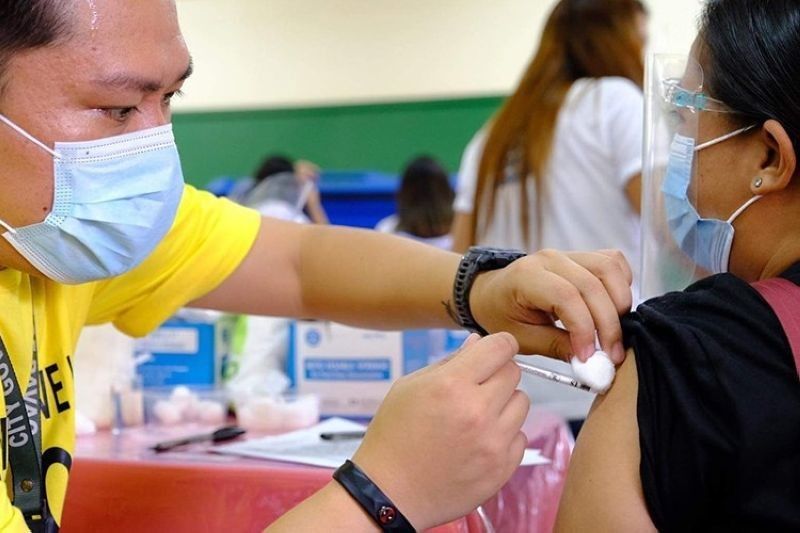 THE number of individuals that have been fully vaccinated against Covid-19 in the Philippines has breached 10 million on Wednesday, Aug. 4, 2021.

The milestone was marked with a ceremonial vaccination led by Department of Health (DOH) Secretary Francisco Duque III at SM Megamall on Thursday, Aug. 5.

The fully vaccinated individuals comprise around 13 percent of the government’s vaccination target of 77.7 million and around 9.3 percent of the Philippine population estimated at 109 million.

During a House of Representatives committee on health hearing, DOH Undersecretary Myrna Cabotaje said the total doses administered in the recent seven days from July 28 to Aug. 3 exceeded 3.7 million with the daily average computed at 529,911.

From only 777,908 doses in the first month of implementation of the vaccination program, the number of inoculations soared to more than 9.9 million in the month of July.

He said that of the 108 Covid-19 patients at the University of the Philippines Philippine General Hospital, 86 percent are unvaccinated while 14 percent have received at least one dose.

The unvaccinated are severely ill or in critical condition while those partially or fully vaccinated have mild to moderate symptoms.

He said the San Juan City Government reported a similar proportion of 86 to 87 percent unvaccinated among its Covid-19 patients.

The vaccines being administered in the country are the inactivated Sinovac and Sputnik V vaccines, viral vector vaccines from AstraZeneca, Janssen and Gamaleya, and mRNA vaccines from Pfizer and Moderna.

Ibones said those set to get their second jab of Sputnik V within the week will have to wait a few more days as there has been no new supply of Sputnik V delivered to Cebu City yet.

He said he has no idea when the new deliveries of Sputnik V will arrive.

Data provided by the Management Information and Computer Services (MICS) officer-in-charge Richter Castañares on Aug. 5, shows the City Government has administered a total of 212,063 doses of Covid-19 vaccines.

Of the number, 125,443 individuals had been given their first dose, while 86,620 have completed their vaccination.

Meanwhile, the DOH 7 announced on Thursday, Aug. 5 that strict scheduling will be implemented and pre-registration for Covid-19 vaccination will be required.

Vaccination inside hospitals are also suspended during the heightened community quarantine period.

The DOH 7 also reminded vaccine recipients to take the shortest transportation route possible in going to and from the vaccination sites and observe minimal vehicle transfer.

Those experiencing any Covid-19 symptoms or had been exposed to a confirmed Covid-19 patient in the last 14 days are requested to defer vaccination and communicate with their respective Barangay Health Emergency Response Teams for appropriate medical attention.

For its part, the Department of Labor and Employment (Dole) has issued an advisory stating that the no vaccine, no work policy is not allowed under Republic Act 11525. (JJL, WBS, SunStar Philippines)
< Previous PageNext Page >