Daughter admits existence of Covid-19 after her mother’s hospitalization 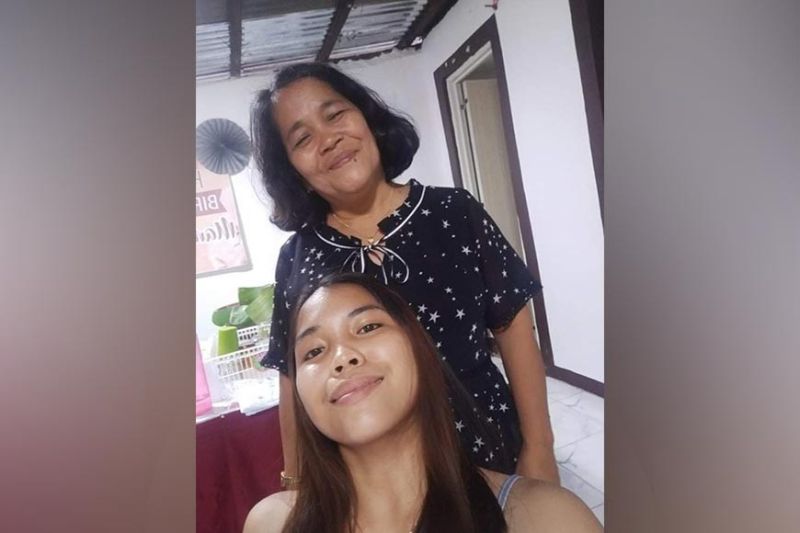 ORDEAL. Rizza Maye Lirasan decides to take a leave from her work so she could take care of her mother Anecita, who tested positive for Covid-19. Lirasan and her younger sister also tested positive, but they were asymptomatic. (RIZZA MAYE LIRASAN)

This was the realization of Rizza Maye Lirasan from Oslob, Cebu.

Her mother was recently discharged from hospital after beating Covid-19, the respiratory disease caused by Sars-CoV-2.

More than one year into the pandemic, there are still people who doubt the existence of the novel coronavirus, which first in Wuhan, a city in central China—a sad reality for 22-year-old Lirasan, who admitted that she was also one of the unbelievers until her mother, Anecita, contracted Covid-19 in July 2021.

“Wala ko mutuo og Covid (I did not believe in Covid-19), until it hit our family, especially my mother,” she said.

Lirasan said it all started when her 56-year-old mother, who has no comorbidities, had fever on July 10.

Anecita’s fever went on for days. But there were times that her fever disappeared during the day, but it went up again at night. She also lost her appetite.

Sometimes Anecita’s body temperature would go up to 39.2 degrees Celsius, which made her weak.

Six days later, on July 16, the family decided to bring Anecita to a physician in a district hospital in Oslob so she can be admitted. But she was not immediately admitted as Anecita could not be mixed with other patients with symptoms of Covid-19.

The X-ray test result showed that Anecita developed pneumonia, and her platelet and white blood cell count were low even though she had no dengue fever.

Lirasan’s mother was admitted to the hospital on July 18.

We decided to have her admitted as her condition worsened to the point that while we were waiting for her to be admitted, she just laid down on a bench outside the hospital as she was very weak, she said.

Afterwards, Anecita took a swab test. The result was released on July 23 or five days after her admittance in the hospital—she tested positive for Sars-CoV-2.

As close contacts, Lirasan and her younger sister were also tested for Covid-19. They both yielded positive test results and they were both asymptomatic. Lirasan’s sister was sent home to undergo isolation, while she stayed in the hospital to take care of their mother.

Lirasan thanked the nurses and doctors of the district hospital for closely monitoring the condition of her mother.

She recalled that her mother’s oxygen level was really low.

Her mother stopped eating. She rejected the bananas. Lirasan said she would have to cry in front of her mother just to convince her to eat.

She said her mother’s medication included medicines for pneumonia, fever and cough. She also took vitamins.

On July 23, Lirasan said they were transferred to a Covid-19 ward in the hospital. There were four other Covid-19 patients in the room, and her mother’s condition was the worst among them.

As she was the one taking care of her mother, Lirasan said she has been on leave from work since July 16.

On July 28, Anecita’s oxygen saturation bounced back to normal. Her fever and cough were already treated.

She also regained her appetite for food.

Lirasan said that in their one-week stay in the hospital, she and and her mother witnessed deaths.

“It is very difficult if one contracts Covid-19,” she said, adding that she and her younger sister were just lucky that they did not develop any symptoms of the disease.

She then urged the public to stay at home if possible, follow the minimum health protocols such as wearing of masks and observing social distancing, and get vaccinated.

She said after the family’s Covid-19 experience, her mother is convinced to have herself vaccinated and overcome her fear of needles.

As of now, Lirasan, her sister and her mother are still undergoing home quarantine even though they have completed the isolation period of 14 days.