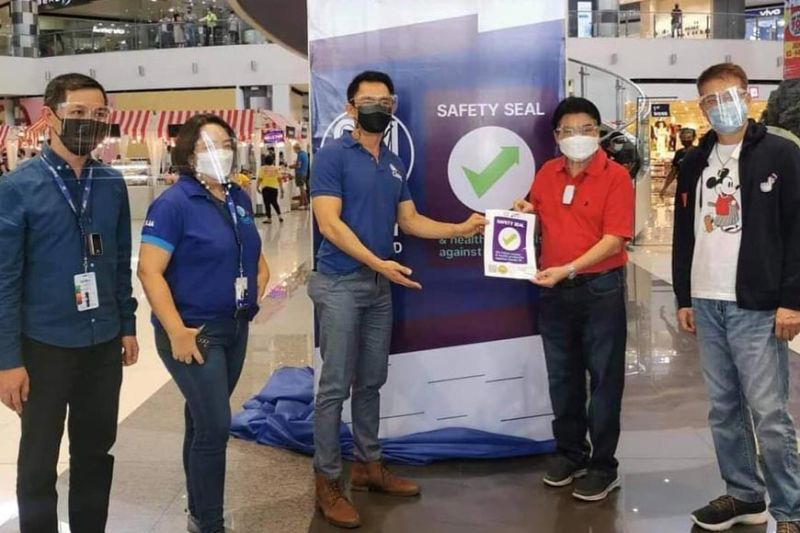 BACOLOD. Six business establishments in Bacolod City receive their certificate of Safety Seal in the city on August 5. (Screenshot from PIO)

ABOUT six business establishments in Bacolod City already received their certificate of Safety Seal in the city Thursday, August 5, 2021.

The ceremony was led by Mayor Evelio Leonardia along with city councilors and business establishment managers.

The Safety Seal Certification Program (SSCP) is a certification scheme affirming that an establishment or public transportation unit has been inspected by the government and was found compliant with Minimum Public Health Standards (MPHS), is using or its contact tracing is integrated with StaySafe.ph, and the establishment or public transportation unit possesses the requisite business permits or franchise.

The Inter-Agency Task Force (IATF) for the Management of Emerging Infectious Diseases adopted StaySafe.ph as the official digital contact tracing application of the government and the institution of an SSCP to ensure compliance with MPHS, especially in business establishments and major public places, to contain the spread of Covid-19 and prevent future surges.

Stela Rose Rayos, Permits and Licensing Division head and chair of the Safety Seal Committee, in a statement, said only business establishments with valid Mayor's Permit for 2021 are eligible to apply for a certificate of Safety Seal.

She said the establishments awarded with a Safety Seal certificate shall be allowed an additional 10 percent beyond the prescribed on-site capacity, as per IATF Resolution no. 127-A series of 2021.