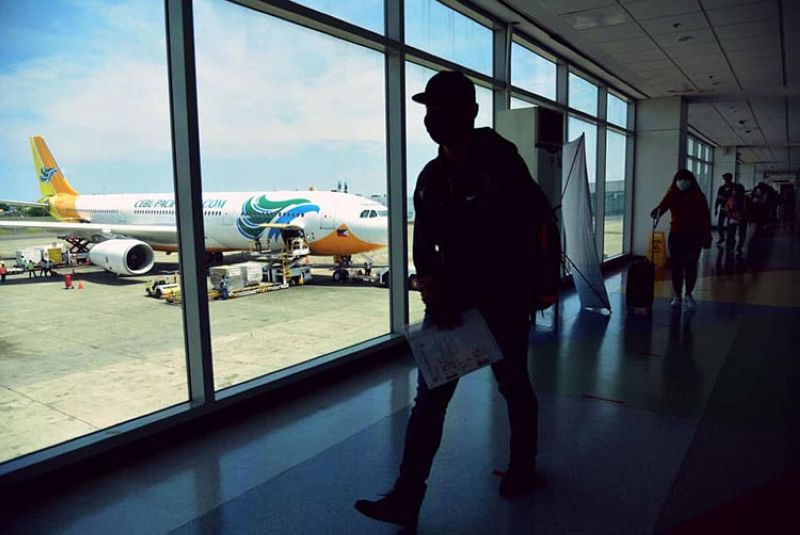 This is the first legal case won by the Davao City Government against individuals submitting falsified RT-PCR test results at the airport.

In a press status from the Davao City Information Office, the accused, named Lloyd Alipin Abarquez, was sentenced by Judge Catherine Guerzo-Barrion of the Municipal Trial Court in Cities (MTCC) Branch 4 to pay P5,040 after pleading guilty to Section 9 of Republic Act 11332, or the “Law on Reporting of Communicable Diseases” and Davao City Ordinance No. 0466-21 Series of 2021 – “An Ordinance Penalizing Persons Using or Producing Falsified or Tampered Covid-19 Medical Test Results or other Health Verification Documents in the City of Davao.”

The City Government said Abarquez was apprehended on February 27, 2021, at the Davao Airport after he presented RT-PCR test results without supporting documents such as receipts and e-mail from the swabbing center.

Abarquez, who pleaded guilty, will have the criminal offense appear in his records.

Public Safety and Security Command Center (PSSCC) head Angel Sumagaysay said in a radio interview that this is the first case of the 159 cases filed by the City Government through his office.

Sumagaysay, who represented the city in the case, said that the filing of the case commenced after verifying that the swabbing center supposedly issuing the RT-PCR result could not find Abarquez’s name in its system.

Of the 159, a total of 145 cases were filed through inquest and 14 are through regular filing, Sumagaysay said. Although he said one case was dismissed.

He said that while the penalty imposed was not heavy, it will “appear as a remark on his police clearance, National Bureau of Investigation and court clearance.”

On Monday, August 2, Sumagaysay said nine individuals were apprehended, the highest number caught in a single day. He said the charges were filed on Wednesday and Thursday, August 4 and 5, wherein one of them tested positive for Covid-19.

"Yun ang epekto pag once gina-falsified mo, may mga cases na kaming nagunitan, I don't know ngano ginahimo ni nila, dako ni siya nga perwisyo sa siyudad, sa katawhan (This is the effect if you falsify your test result. I don’t know why they are doing this, but we are handling several cases similar to this. They are putting the city and Dabawenyos at risk)," the PSSCC official said in an interview on 87.5 FM Davao City Disaster Radio.

He also said this will serve as a warning to the public should they think about tampering with their test results.

The test-before-travel requirement for all Davao-bound flight passengers is in accordance with City Ordinance 0477-21, Series of 2021, or an ordinance providing for mandatory testing before entry into the city via Davao Airport.

The City Government continues to impose the mandatory RT-PCR testing despite allowing the resumption of all kinds of flights, such as scheduled international flights, unscheduled domestic commercial flights (chartered), and other general aviation flights to and from Davao City.