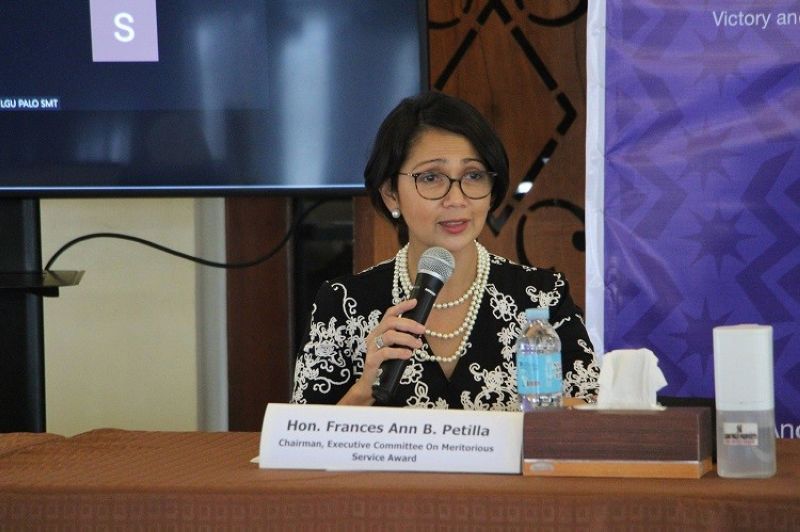 THE Local Government Unit (LGU) of Palo in Leyte is now accepting nominations to the first Meritorious Service Award (MSA) as one of the highlights in this year’s Palo Quincentennial Celebration of Christianity.

“It is high time that we give honor and recognition to individuals, alive or posthumous, who have contributed much to the rich arts, culture, education, and history of Palo,” said Mayor Frances Ann Petilla during the lunching program Thursday, August 5, 2021.

“These impeccable and meritorious persons deserve a legacy for making Palo what it was, it is, and what will it be,” the mayor added.

Anchored on the history, culture and arts and spirituality of the people of Palo as it turns 500 years in its evangelization, the LGU aims to “recognize groups and individuals who may be alive or dead for their meritorious contributions to Palo in the last 500 years."

“The recipients must be a permanent resident of Palo or have lived or worked in Palo for five years or more. For the posthumous award, the recipient must have worked or recognized for 20 years of more on the field/sector identified,” the LGU said in a statement.

“All recipients must be of good moral character,” it added.

Individuals, family or groups may be/not be resident/s of Palo, but they have meritorious and sustainable contributions within five years or more services rendered for the welfare of Palo and its people. The awards may be in individual or group/family category.

The MSA was proposed by Parado with Dr. Reynaldo Garnace as a consultant.

Other members of the committees comprised the locals and notable personalities of Palo.