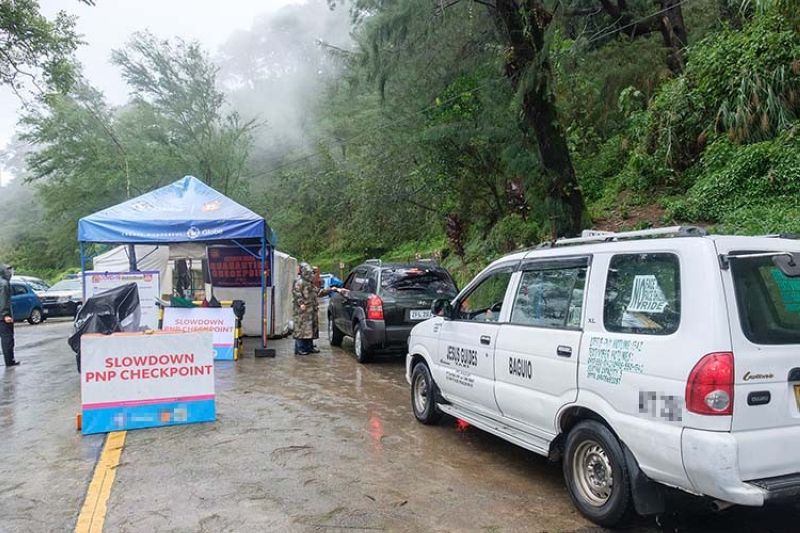 Capt. Juan Carlos Recluta, chief of the Baguio City Police Office (BCPO) Station 10, reported on Sunday that the spurious documents were discovered at the central triage at Baguio Convention Center the day before.

He said a private van with 12 occupants, including the driver, arrived at the quarantine checkpoint on Marcos Highway around 10 a.m. on Saturday.

They presented test results and documents on why they are in Baguio.

Mayor Benjamin Magalong Jr. issued a directive on July 30 prohibiting non-essential travels to Baguio and allowing only authorized persons outside residence with documentary proof of such authority to enter the city's borders.

"With six of the documents appearing questionable, our triage subjected the six holders of the document to antigen test. May isang nag-positive kaya tinest lahat ng 12 na nakasakay sa van (One tested positive which prompted the testing of all 12 in the van)," Recluta said in his report.

The passengers are now in a quarantine facility awaiting the result of their RT-PCR tests, he said.

Those who used fake documents were aged between 21 and 38 and residents of Quezon City, City of San Jose del Monte in Bulacan, Malaybalay City in Bukidnon, Imus in Cavite, and Zamboanga City.

Recluta said the six admitted they cannot afford an antigen or RT-PCR testing which prompted them to get fake documents from stands on Recto Avenue in Manila.

They are facing charges for falsification of documents and violation of Republic Act 11332 or the Mandatory Reporting of Notifiable Diseases and Health Events of Public Health Concern Act.

Lt. Col. Judy Palicos, chief of the BCPO-Police Community Relations, said in an interview that TESDA confirmed a competency assessment for overseas workers is scheduled.

“The TESDA central office said its waitlist is long so they request other offices to accommodate others," Palicos said. (PNA)