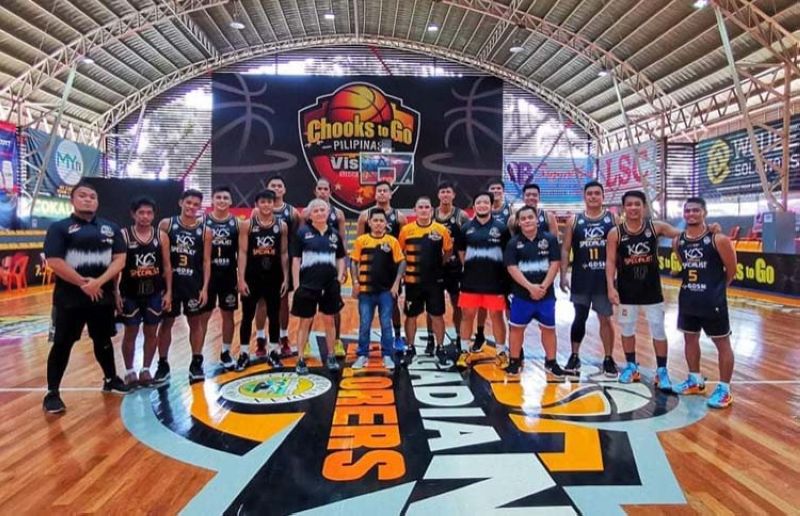 The KCS Computer Specialist-Mandaue are all set to do battle against the Mindanao champions Basilan Peace Riders in Game One of the VisMin Super Cup Southern Finals on Wednesday. (Alex Tan)

The KCS Computer Specialist-Mandaue is well aware of the tough task that lies ahead in the Chooks-to-Go Pilipinas VisMin Super Cup Southern Finals as they take on the undefeated Jumbo Plastic-Basilan Peace Riders on Wednesday night in Pagadian City.

At the same time, this KCS squad is no stranger to taking on adversity head on as they faced a similar task back in the Visayas leg finals. Ranged against an MJAS-Talisay City squad that previously went undefeated in the elimination round, KCS buckled down and handed the powerhouse Talisay a 67-66 loss in Game One. And even though Talisay got back in Game Two, 63-56, KCS eventually dominated Game Three, 89-75, to win the Visayas title.

In the Southern Finals, they are facing similar odds with Basilan currently on a 10-0 winning streak that included two dominant wins against Roxas in the Mindanao leg finals.

KCS, though, is not fazed.

“We just have to play the KCS way,” said KCS head coach Mike Reyes. “We have to value every possession and we have to make good use of our concepts. We also have to execute our defense properly.”

KCS assistant coach Jabby Bautista, who has also been activated to the playing roster, said they have to trust what they have been working on.

“We must focus on what we've been doing since the Visayas leg,” said Bautista. “Trust the system and get great play from Joseph Nalos and Gileant Delator. Crucial sila kasi sila magdadala ng pace ng team.”

Nalos, a former Adamson Falcon who previously played for Bataan in the MPBL, said he and the rest of the team are up to the challenge, especially after they lost their three best players, namely Visayas finals MVP Ping Exciminiano, top scorer Gryann Mendoza and Al Francis Tamsi, all of whom were picked up by their respective PBA teams.

Their defense, which was KCS’s calling card in the Visayas leg, will need to be on point, added Nalos.