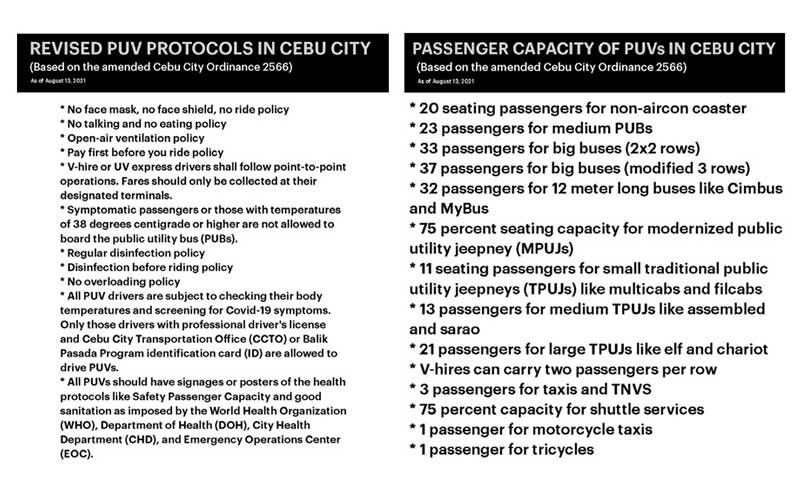 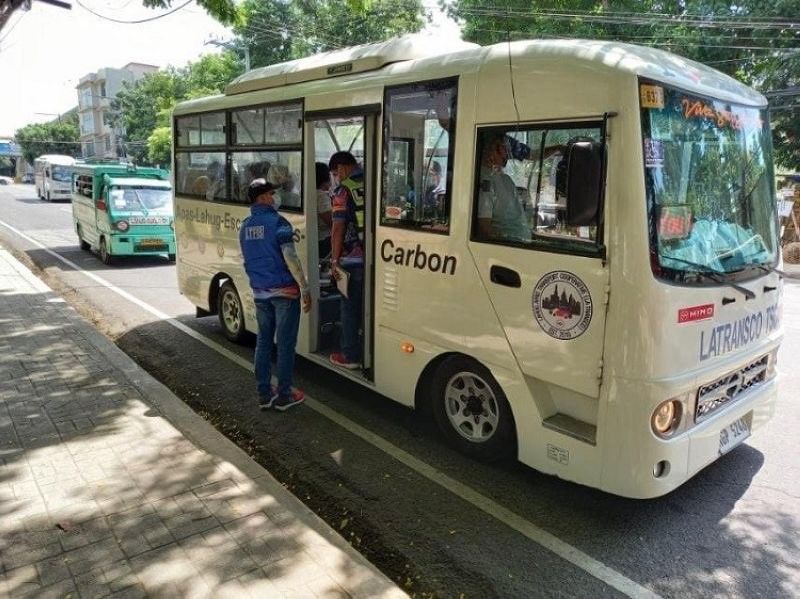 This after the Cebu City Council approved the amendments to City Ordinance 2566, or “An Ordinance Penalizing any Violation in Relation to the Implementation of General or Enhanced Community Quarantine in Cebu City During the Public Health Crisis.”

The amendments to the ordinance were approved by the City Council during its regular session on Wednesday, Aug. 11, 2021.

Incorporated in the revised ordinance are minimum health protocols that need to be observed inside PUVs such as wearing of masks and face shields; and requiring operators to provide open-air ventilation in their PUVs, among others.

As to the City’s curfew policy, City Ordinance 2566 states that curfew violators, depending on the curfew hours set by the mayor through an executive order, will be penalized.

The ordinance emphasizes that the curfew policy exempts authorized persons outside of residence (Apor) like workers of business process outsourcing (BPOs); PUV drivers and conductors; and frontline and emergency workers.

The ordinance states that the exemption only covers the duration of the actual office hours and the time travel from home to workplace and vice versa.

For violations of PUV protocols, citation tickets will be issued to the erring drivers, the units will be impounded, and the Cebu City Traffic Office or Balik Pasada Program ID may be confiscated or revoked.

If the violator is a passenger, a citation ticket will be issued. The passenger will be brought to the nearest holding center for seminar.

In the case of erring minors, the parents will be held liable and must pay for any legal obligations stipulated in the ordinance.

The minor will be turned over to the Barangay Gender and Development Focal Office for profiling, counseling, and proper disposition.

Cuenco has asked the Department of General Services to fast-track the printing of citation tickets so they can be distributed to officers that will issue them.

The Cebu City Police Office (CCPO), after 12 days of having the city under modified ECQ (MECQ), still noticed an increasing number of violators.

Meanwhile, 182 air-conditioned buses were no longer allowed to ply the roads of Cebu Province due to an executive order issued by Gov. Gwendolyn Garcia that prevents the use of air-conditioning units as a precautionary measure against the spread of Covid-19.

This was confirmed by Land Transportation Franchising and Regulatory Board 7 Director Eduardo Montealto Jr.

The operators did not replace the air-conditioned buses with non-air conditioned units.

The affected air-conditioned units will have to wait for another order from the governor to be able to operate again. (JJL, MVE )