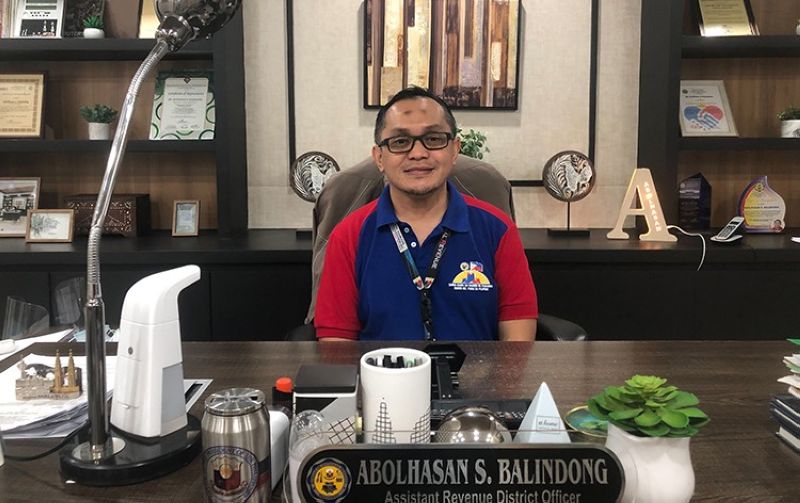 LOSING someone is indeed any person's greatest dread, more so for a parent to lose a child.

And this was exactly what Abolhasan Sarip Balindong experienced last 2018 that almost killed his hopes and aspirations.

Balindong, a graduate of Bachelor of Science in Accountancy at Mindanao State University in Marawi City in 2020, is the Bureau of Internal Revenue (BIR) Assistant Revenue District Officer (ARDO) of District Office 113A-West Davao City.

But only a few knew that before he became the ARDO, Balindong developed anxiety and depression because of the death of his youngest son.

He said 2018 was the saddest and most challenging year for him because of what happened to one of his only two children.

"That’s the time when my youngest son was suffering from leukemia that led to his death in that same year. We were in and out of the hospital. That’s the time that I developed anxiety and depression that I almost gave up working," he recalls.

He revealed that during that most crucial moment of his life, his faith in God was what made him persevere and hold on.

"Also the love and comfort of my family and the support from friends made me steadfast and strong that I was able to overcome the challenges," he recounted.

He also believes that everything that happens to us has a reason. "We just don’t realize until we get it," he said.

Balindong, a Certified Public Accountant, Masters in Business Administration, Certified Real Estate Broker and Appraiser, is one of the personalities that are responsible for surpassing the BIR-113A-West Davao City's tax collection target even amidst the Covid-19 pandemic when closure of various establishments is apparent. And as we all know, tax is the fuel of any government. No government projects or programs can be done without funding which is mostly sourced from tax collection.

He is also among the persons behind the successful implementation and enforcement of various initiatives at the BIR-Davao, which bring convenience to individuals inquiring about or paying their taxes.

BIR recently introduced its digital transformation in response to IATF’s call to prevent the drawing of mass gatherings, even in government offices to prevent the spread of Covid-19.

However, Balindong who is the spouse of Farnaidah Adiong Taib Menor never dreamt to become "somebody" as he only wanted to "live a life with contentment, tranquility, and full of love."

But the love he put in his job placed him to where he is now because as he says, love is "the strong foundation".

"If there is love, there is always excitement. Excitement makes you interested. Interest makes you happy. Happiness will bring out the best in you," he said.