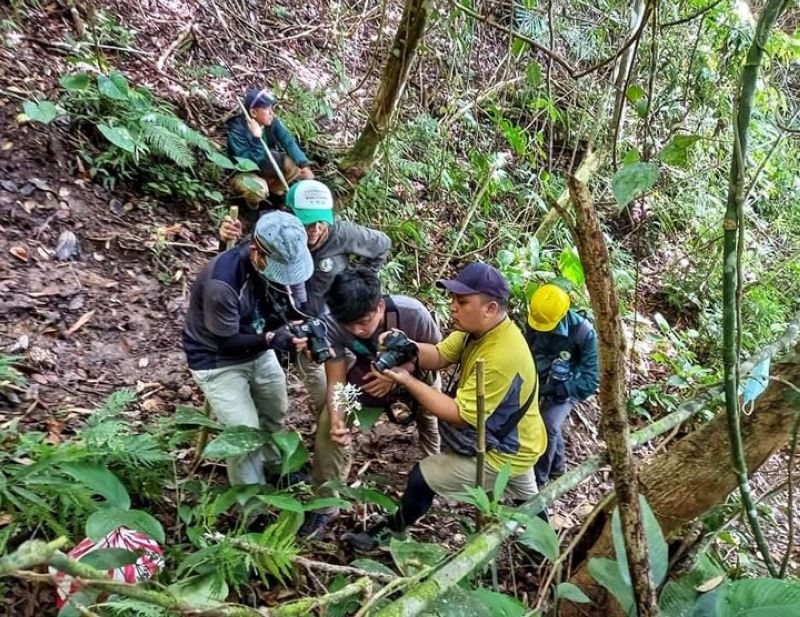 ZAMBOANGA. The Ministry of Environment, Natural Resources, and Energy in the Bangsamoro Autonomous Region in Muslim Mindanao (Menre-Barmm) has partnered with other stakeholders to assess the Sacred Mountain National Park in Marawi, Lanao del Sur. A photo handout shows a composite team climbing the National Park on August 10 to undertake the assessment. (SunStar Zamboanga)

THE Ministry of Environment, Natural Resources, and Energy in the Bangsamoro Autonomous Region in Muslim Mindanao (Menre-Barmm) has partnered with other stakeholders to assess the Sacred Mountain National Park in Marawi, Lanao del Sur.

The move is to formulate legislation for the protection and preservation of the Sacred Mountain National Park, according to Menre-Barmm.

The activity aimed to record the mountain’s vulnerabilities and establish policies for its development and conservation. The team also conducted a tree planting activity.

It was established as a national park on August 5, 1965, by the virtue of Republic Act No. 4190, declaring certain places in the province of Lanao del Sur as National Parks.

“The remaining forest cover must be conserved and protected,” Labao said.

Labao said that MSU-CFES Professor Mark Gregory confirmed the existence of exotic species like the African Tulip trees and Buyo Buyo plants, which may be harmful to the few native species remaining in the mountain.

“With the help and assistance of the experts from MSU-CFES, we have now the initial data of the existing flora and fauna found at Mount Mupo, especially the endemic species we have and the presence of exotic species,” he added.

He also noted that the involvement of Latiph may be a way to have new legislation reinforcing rehabilitation and reforestation programs for the park. (SunStar Zamboanga)