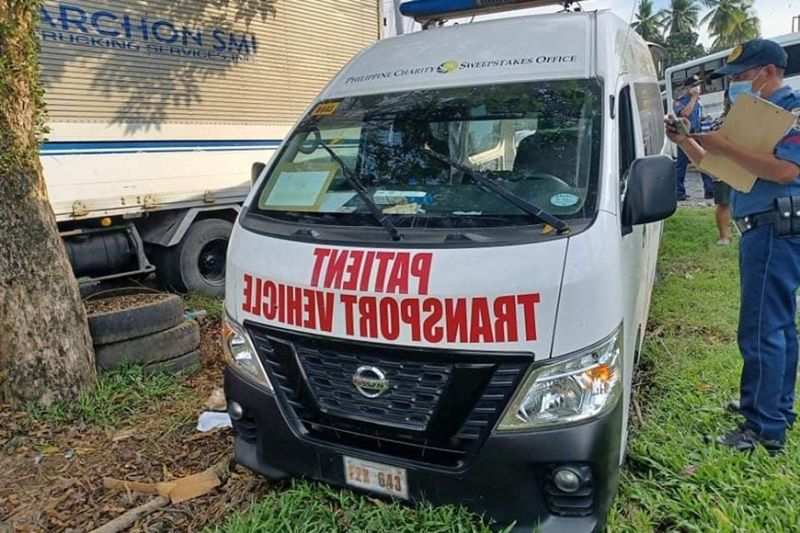 A MENTALLY-CHALLENGED man carnapped an ambulance at the Southern Philippines Medical Center (SPMC) in Davao City and drove it all the way to Panabo City in Davao del Norte on Sunday, August 15.

Aguilar said the ambulance was delivering a patient to SPMC when the suspect took the vehicle as the driver left it for a moment with the engine still running.

The suspect drove the vehicle to the northern part while the Buhangin Police Station mobile patrol chased it in a hot pursuit operation.

Aguilar said the Bunawan Police Station and Task Force (TF) Davao intercepted the ambulance in Lasang but the suspect crashed the vehicle into the blockade, forcing the TF Davao personnel to shoot its tire.

The bullet ricocheted and hit the suspect but he continued to drive.

The vehicle chase ended along National Highway in Purok Centro 2, Panabo City where the suspect stopped.

Aguilar said the suspect had been saying "Ako ang ginoong manluluwas ug way kamatayon (I am the lord savior and immortal)."

Canono was then rushed back to SPMC to treat his wounds. He is still not in stable condition.

The DCPO official said the suspect was identified by his live-in partner as a jeepney driver and a resident of Sasa, Davao City.

Prior to the incident, the suspect was recently discharged from Davao Mental Hospital on August 9, 2021.

"It was recorded that the suspect failed to take his medicine, causing relapse in his condition and went wild while at their residence. He is uncontrollable due to his Bipolar 1 Disorder which caused injuries on his right eye and lips, hence, he was brought to Southern Philippines Medical Center for Medical Treatment," Aguilar said.

The recovered vehicle was temporarily under the custody of Panabo Police Station.