EXPLAINER: Guv Gwen, Dr. Salvana tangle on which policy to blame, Capitol's or IATF's. Seven takeaways on verbal tussle. Columnist-doc says science is 'as good as fingerprinting, do not lie' 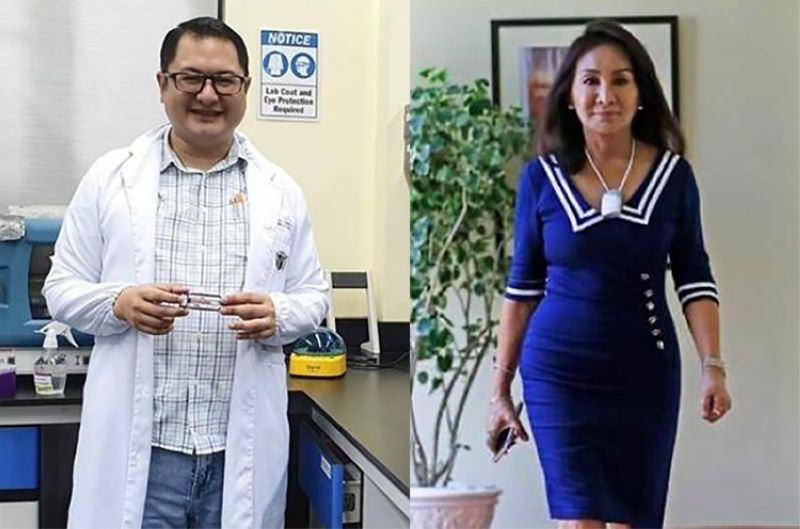 AN AUGUST 10 column by Dr. Edsel Maurice Salvana in the Manila Bulletin lit the fire.

Salvana, an epidemiologist and member of IATF's panel of advisers, alleged in his newspaper column the surge of the Delta variant in Mindanao was due to the policy of Cebu Province for returning Filipinos from abroad.

The following day, Governor Garcia gave a live-streamed public address, challenging Salvana to present proof that indeed Cebu caused the entry of Delta variant into Mindanao. She said she'd file a protest with Health Secretary Francisco Duque III and ask the Cebu Provincial Board to call out Salvana's "irresponsible" statement.

Sunday, August 15, Dr. Salvana said DOH will answer the governor and provide the "detailed requested data," which must mean the proof sought by the Cebu official. The doctor said that in deference to DOH and IATF, he has been "keeping my peace."

At the same time though, he said he was just helping, as he said he did when doctor with an IATF panel came to Cebu last June 28 "to warn" about Capitol's "flawed testing on arrival." In the same Facebook post, he said his data from "phylogenetic analysis and molecular epidemiology" are "highly objective," "as good as fingerprinting," and "do not lie."

[1] THE BLAME GAME: HE SAID, SHE SAID. Dr. Salvana said in his August 15 FB post, "I am not blaming Cebu." And he's not "interested in pointing fingers."

But in his August 10 Bulletin column, he did and he was: (a) indirectly, about the surge of new cases in Cebu, like saying, we warned them their testing policy was wrong and now there is a surge in Cebu; and (b) directly, about Delta variant cases reaching Mindanao after entering Cebu through overseas Pinoys who returned via the Mactan-Cebu airport.

In his August 15 FB post, he repeated what he thought happened: "Not following (national) protocols increases the risk (of Delta variant transmission), and the earliest breakthroughs with clear genomic data in the community were in Visayas and Mindanao."

In return fire, Guv Gwen said the IATF national policy may be blamed for the Delta variant cases, citing that the first two Delta cases in the country were detected on May 11 in Clark, Pampanga and "didn't land in Cebu."

Besides, the governor pointed out, the test-on-arrival policy, the national policy was the protocol at the Cebu airport until January 21 when IATF modified it, moving the test to Day 5, then Day 7 after arrival. When IATF and the president put its foot down, she said, Cebu complied but then flights were also diverted to Manila for several days. So whose policy failed? she asked.

(Dr. Mary Jean Loreche, chief pathologist of DOH-7, said the Delta cases detected from only 123 samples collected from the community July 4 to 10 in Cebu were local transmission; no one had any travel history or contact with an OFW or ROF who was confirmed for the said variant. Loreche, since last August, has been pro bono consultant on health affairs to the Cebu Provincial Government.)

[2] GUV'S DATA; DOC'S SUPER-COMPUTERS. The governor said Capitol has the data and timeline to prove that the fault lies elsewhere. Present your proof, she asked Dr. Salvana.

Salvana said the data will be provided by DOH, where Guv Gwen said she'd lodge her protest and the doctor works as consultant.

But not content with the assurance of complying with Capitol's request, Dr. Salvana waved the purported quality of his evidence, about its being "objective and reliable," comparable to fingerprinting, to "trace genomic lineages from one place to another."

When he'd say, for example, the Delta from Cebu is linked to Delta in Mindanao, "there is robust data to back that up." Salvana boasted of using "super-computers to construct genetic linkages, and with whole genome sequencing, these tools are powerful as ever." Salvana said the returning Pinoys had similar viral signatures, implying "they were either the actual source or were on the same plane/vessel as the source."

[3] WHO'D SETTLE ISSUE? The governor got the upper-hand with her presentation, doing a monologue on home ground mostly to her constituents, although she made sure she was understood outside Cebu by speaking entirely in English. She talked as if she were addressing solely Dr. Salvana but she was also playing to the gallery, which comprised Cebuanos across the province, many of who have been cheering her since the dispute with IATF on quarantine policy for Pinoy returnees broke out.

Dr. Salvana communicated only through his Manila Bulletin column and his FB post but his ace is that he is a doctor and an expert in the field and the governor is an administrator with no medical title though clearly she reads up and gets briefed on the subject of the controversy.

[4] BEING AN EXPERT AND A NON-EXPERT. More than once in her August 11 talk, Governor Garcia referred to Dr. Salvana as an expert in epidemiology but not with much reverence.

"You consider yourself an expert. You have been around, haven't you? For over a year, have you been able to come up with a clear road map on how to deal with Covid-19?"

That may come out as a dig not only at Dr. Salvana but IATF as a group that accepted the advisers' advice. Acknowledging she is no expert, she also alluded to advisers who dispense advice without knowing the "conditions on the ground."

[5] MOST LIKELY TO WIN. It is a no-win exchange, not even a debate in the strict sense, just a verbal tussle with the local populace as main audience.

The last time it happened, Capitol didn't win and was denied a "win-win" compromise the governor offered, namely that the Cebu protocol -- test on day of arrival, released to the returnee's LGU destination for the seventh-day test and the rest of the 14 day quarantine -- would apply only to Cebu returnees.

Besides, the beef of governor is just over "irresponsible" comment of the IATF adviser. It is not something that DOH needs to rule on or resolve.

And who'd be favored by DOH and/or IATF, if the case reaches the task force, whose over-all chairman is President Duterte? Given the present state of high-level emergency, the odds against beating the doctor look formidable.

[6] 'HEIGHTENED' RESTRICTIONS. Guv Gwen made it clear that while she disagreed with the national policy on returnees from overseas and now on the cause of the entry of Delta variant, she has followed IATF guidelines for general community quarantine or GCQ.

She even tightened the rules further, such as totally banning indoor dining, requiring open windows in buses and other public vehicles and, yes, personal air purifier for each public utility driver and conductor.

[7] 'RESPECTS' THE PRESIDENT. The governor also emphasized she has always respected the President's decisions, such as when Duterte insisted on the IATF policy and turned down her "win-win" formula, after a DOH critique on the Cebu protocol and the Province-IATF dialogue at the Cebu Capitol.