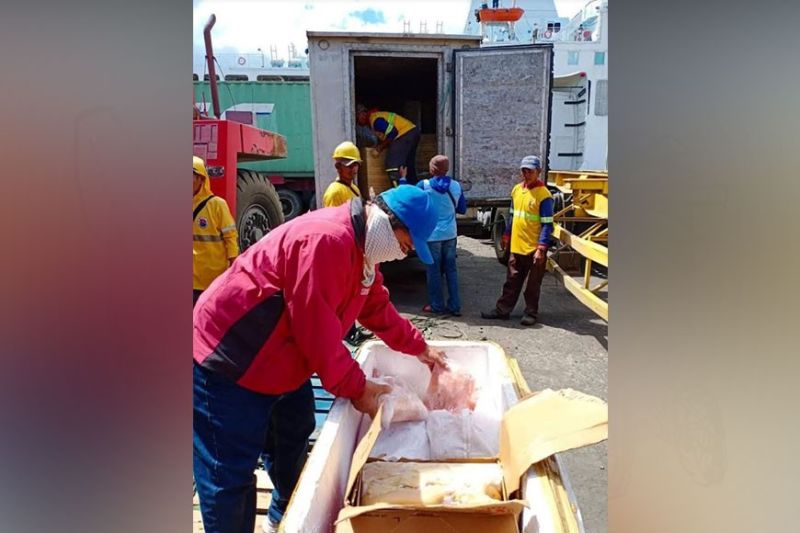 NEGROS. Members of the province's quarantine team inspect incoming vehicles and refrigerated container vans at different ports of entry in Negros Occidental as a measure to protect its P6-billion swine industry. (Contributed photo)

Provincial Veterinarian Renante Decena, in his report to Governor Eugenio Jose Lacson on Monday, August 16, said the ASF Task Force apprehended a total of P15,822 worth pork and pork-related products last week, from August 6 to 12.

Decena, also the co-chair of the task force, said these products were seized from hand-carry and check-in baggage arriving at the Bacolod Silay Airport in Silay City.

"Some were apprehended through our ASF monitoring activities at the public market in cities of Sipalay and Bacolod," he added.

Based on the task force's consolidated apprehension report from January 1 to August 12 this year, a total of 907.73 kilograms of assorted pork products have been apprehended through checkpoints in ports, airport and local government units (LGUs).

The amount of the seized products is pegged at nearly half a million pesos.

From August 6 to 12, the province's quarantine team has also inspected 1,591 incoming vehicles and refrigerated containers vans at different ports of entry.

Decena said all products allowed to enter the province were properly inspected and found to have complete documents.

He also reported that from August 8 to 14, some 1,261 hogs were shipped out from Negros Occidental to different areas in Luzon and Visayas.

Forty-one Livestock Transport Carriers used for these shipments were disinfected upon arrival at different ports, the provincial veterinarian added.