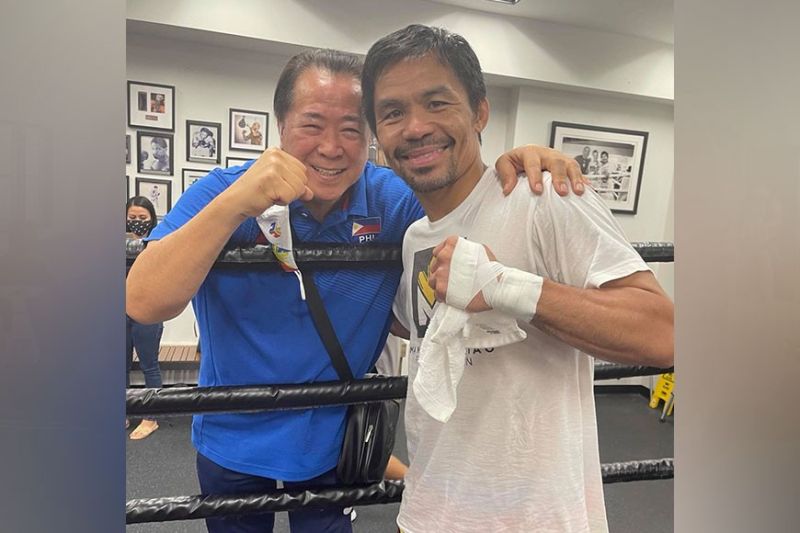 “I’m still confident that the 'Pambansang Kamao' will still win this one, either by knockout in the first 5 rounds or by unanimous decision,” Monico Puentevella, a long-time friend and spokesperson of Pacquiao, said Wednesday.

“In professional boxing, anything can happen. Whether one is a substitute to another, doesn’t make a difference. In this case, the Cuban and an Olympic medalist can always make trouble against the worlds’ greatest boxer, according to some boxing experts,” Puentevela said.

However, Puentevella has some apprehensions, saying that Pacquiao cannot afford to be complacent in this fight.

“One lucky punch can make a world of difference. Errol Spence is good but do is Ugas. He’s the defending WBO welterweight champion. It’s gonna be a good fight with Pacquiao standing up at the end,” he stressed.

Meanwhile, the Pacquiao vs. Ugas: The Legend vs. The Olympian fight will be aired on free TV via GMA Network, in partnership with TAP Digital Media Ventures Corp.

Pinoy boxing fans may witness the boxing showdown via satellite on GMA at 11 a.m., while the live blow-by-blow coverage airs exclusively on the Network’s flagship AM radio station Super Radyo DZBB 594 and in all Super Radyo stations nationwide at 9 a.m.

Pacquiao was supposed to fight Spence, Jr. in a unification, but was forced to withdraw due to an eye injury.