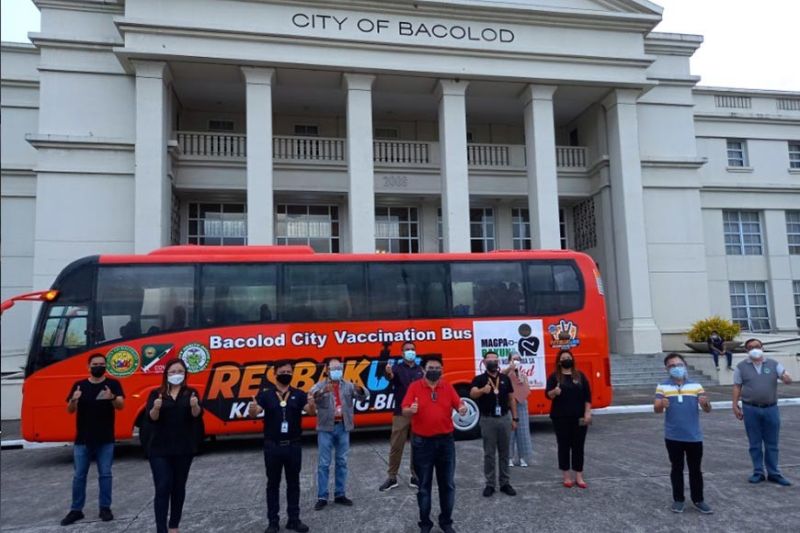 Leonardia said with the second VAX-i bus in operation, the city government hopes to reach as many vaccine recipients in keeping with the target to hasten efforts to achieve herd immunity.

He said the EOC efforts these past months have been highly commendable as the team of former Councilor Em Ang, the doctors, nurses, and frontliners have introduced innovations and established many "firsts" in the vaccination drive that are now being replicated by other local government units in the country.

He added the Vallacar Transit, Inc. will also provide an additional bus unit to help the city’s vaccination program.

The mayor noted that these pioneering initiatives include the recent implementation of the mobile vaccination using the city government's bus dubbed as VAX-i or the vaccine taxi that initially inoculated 4,752 market vendors and Business Process Outsourcing employees; the drive-thru vaccination at the 5th level parking area of Ayala Malls Capitol Central on top of the ongoing inoculation at mass vaccination sites, different malls and other on-site venues available at major BPO companies.

“Our goal is to make the vaccines available to as many Bacolodnons. This way, we keep our communities safe as well as our loved ones," Leonardia said.

Councilor Cindy Rojas said Vallacar Transit Inc., through its president Leo Rey Yanson and matriarch Olivia Yanson, offered the use of one of its buses for the mobile vaccination drive of the City of Bacolod.

On August 13, Leonardia led a simple launch of VAX-i mobile vaccination Drive at the BCGC.

Ang said the VAX-i bus drives around Bacolod with doctors, nurses and other healthcare workers on board, who will administer Covid-19 vaccines to workers in the marginalized sectors.