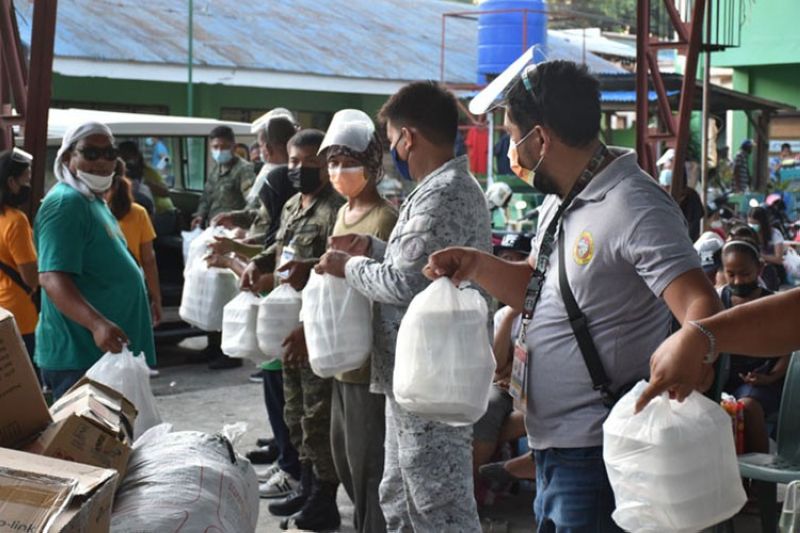 The Westmincom said in a statement Friday, August 20, that personnel from the Office of the Assistant Chief of Unified Command Staff for Civil-Military Operations, U7; 4th Civil Relations Group; and Joint Task Force Zamboanga distributed a total of 500 food packs to the victims around 1:30 p.m. Thursday, August 19.

The food packs were donated by Professor Teng Catong, one of the professors of the government-run Western Mindanao State University (WMSU).

The Westmincom has also distributed a total of 100 cases of bottled water.

The City Social Welfare and Development Office (CSWDO) reported that 116 families with 205 dependents were displaced by the fire that razed 95 houses and partially destroyed 17 others.

"The military is always here to help the people in all possible ways. This our own little way to the return the assistance extended by the citizens in all our endeavors," said Lieutenant General Corleto Vinluan Jr., commander of Westmincom.

"We would like to extend our sincerest gratitude to our stakeholders for assisting us in the realization of this relief operation," Vinluan added. (SunStar Zamboanga)