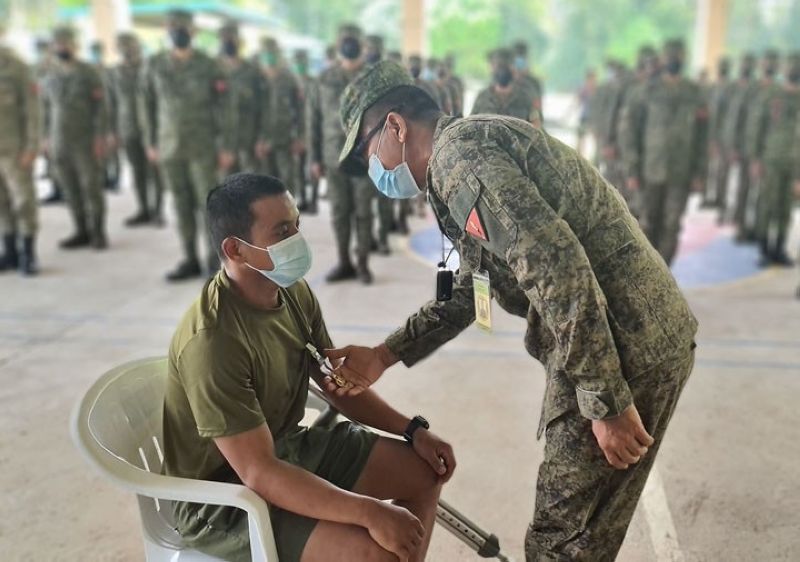 THE Army's 102nd Infantry “Igsoon” Brigade awarded a medal to a soldier for gallantry in action against the communist terrorist New People’s Army (NPA) in the province of Zamboanga del Norte.

Apanon, a former NPA rebel who has just recently graduated and enlisted as a regular member of the Philippine Army, was wounded in a clash against the NPAs on August 18 in Bagumbayan village, Sergio Osmeña Sr., Zamboanga del Norte.

During the talk to the troops of 97IB and Task Unit Jaguar, Nicolas recognized the relentless efforts of the troops in support of the accomplishments of the mission.

“As your commander, who approves the operations on the ground, I acknowledge the dedication and commitment each one of you has demonstrated,” Nicolas said.

“Our efforts and the sacrifices of our comrades who have gone before us are all part and parcel of our mandate as protectors of the people,” Nicolas added.

“We will not stop and we will continue to push forward until we accomplish our mission of a peaceful and development-ready Zamboanga Peninsula,” Nicolas said. (SunStar Zamboanga)