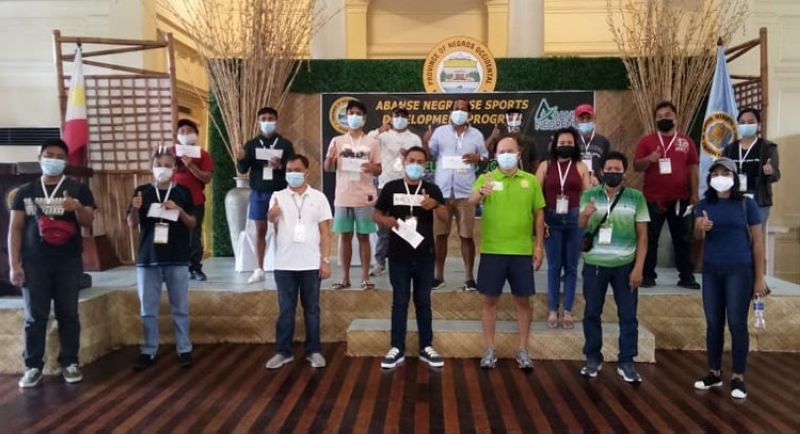 IT WAS a great weekend for Negrense sports when the 1st Governor Eugenio Jose V. Lacson Chess Tournament culminated its two-day competition with Reginald dela Peña scoring 41/2 points to capture the title in the Class B category held August 21, 2021 at the Provincial Capitol building.

Bacolod City's Dela Peña sealed his victory with a draw in the 5th round against eventual third placer Arnold Acero of Talisay City.

For Provincial Sports Coordinator Anthony Carlo Agustin, the tournament was just the beginning of more competitions in the future.

"I really appreciate that you joined this tournament," he told the players.

He also lauded organizer NA Leo Romitman for the successful staging of the event and the Provincial Sports Office staff for the efforts in keeping the sports alive in the province despite the pandemic.

"We also would like to thank our beloved Gov. Bong Lacson for his support to our sports endeavors in Negros Occidental," said Agustin, reiterating the governor's message that whenever they hold such activity, strict health protocols must be observed to ensure that everyone is safe.

In observance of the required health protocols during the tournament, players and technical officials wore face masks and gloves all the time. Only two boards per table with separation of luminous plastic between each player were allowed. And, medical personnel present in the venue strictly got the temperature and implement a tracking system of players and staff.