Casas: Executive department has nothing to hide 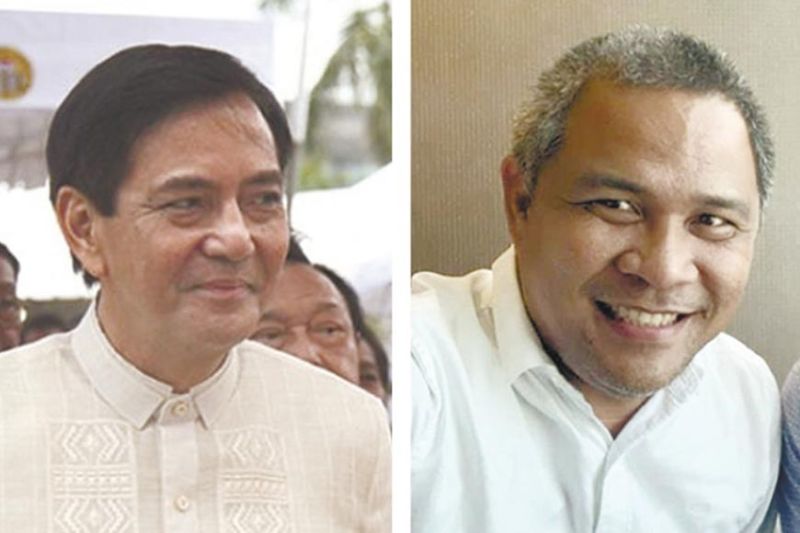 AT ODDS OVER GARBAGE. City Administrator Floro Casas Jr. (right) says it’s better to have an independent agency look into the garbage controversy. Vice Mayor Michael Rama (left) had brought up the matter during the council session on Aug. 19, 2021, which prompted the council to pass a resolution asking the ombudsman and the National Bureau of Investigation 7 to probe the matter. (SunStar file)

THE executive department of the Cebu City Government welcomes the “free from politics” investigation of the alleged garbage anomaly.

The City Council passed a resolution on Thursday, Aug. 19, 2021, asking the Office of the Ombudsman-Visayas and the National Bureau of Investigation (NBI) 7 to investigate the alleged overcharging of a private contractor to haul garbage in the city.

City Administrator Floro Casas Jr. said it’s better to have an independent agency look into the matter. That way, it can base its investigation on evidence and not politics, he said.

“(An investigating body which is) free from politicking and grandstanding,” he said.

“Of course, we welcome this development because this gives us the opportunity to present our side on the issue before an independent and objective investigating body,” Casas told SunStar Cebu on Aug. 23.

On the same day, Vice Mayor Michael Rama, in a press confernece, said the letter that will ask the anti-graft office and the NBI 7 to probe the matter is still being drafted.

During the special session on Aug. 19, Rama said the council already spent a few sessions to tackle the garbage issue involving Docast Construction, the private hauler, and JJ and J Construction, the service contractor.

The council first called for a special session in June 2021 when reports came out that ARN Central Waste Management, the operator of the landfill in Barangay Binaliw, barred Docast from dumping garbage in the facility due to a pending obligation.

ARN, through its legal counsel, sent a demand letter to Docast, asking the latter to settle its unpaid obligations amounting to P18.6 million.

Department of Public Services (DPS) head John Jigo Dacua had said that they had a budget of P404 million for garbage collection and disposal under the 2021 annual budget.

During the Aug. 19 special session, Acting City Treasurer Mare Vae Reyes told the councilors that the City already paid Docast/JJ and J the total of P295 million. The last check was for P28.46 million, released on July 5, before the city treasury was asked by the Sanggunian to suspend payments to the service provider. Out of the P357 million in the purchase order (from a P420 million outlay) for Docast/JJ and J, only P62 million was left to pay for garbage collection the rest of the year.

City Councilor Nestor Archival, minority floor leader, questioned why the City paid P250 million to Docast. Based on the data presented by ARN, the private hauler should have only been paid P130.9 million.

Considering that the combined hauled garbage by the DPS and barangays was 2,000 tons higher than that of Docast, the City should have paid for only 35,038 tons amounting to P63 million.

The council also wanted to be apprised of the City’s payment of P75 million to Docast last Feb. 15 when its contract with the City didn’t take effect until Feb. 29. (JJL / PAS)