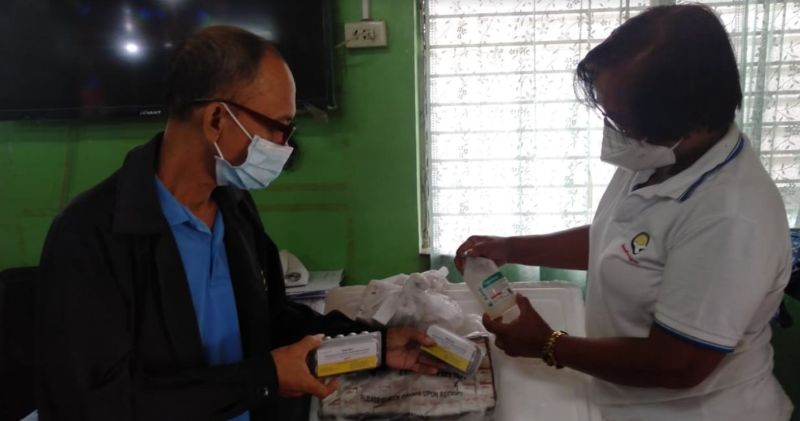 IN A bid to strengthen the implementation of animal health extension services in Negros Occidental, the Provincial Veterinary Office (PVO) has distributed veterinary drugs and biologics worth P1.5 million to six district field units in the province.

"This also addresses the high mortality rate of chickens due to Newcastle disease (NCD) noted at Sitio Minnesota in Barangay Sag-ang, La Castellana, as well as other sporadic diseases, spreading in other areas in the province," he added.

The PVO District Field Units headed by district veterinarians will also conduct veterinary medical missions in the different barangays in their area jurisdiction to provide the necessary veterinary care and services needed by the pet owners and livestock and poultry raisers.

Clients can also avail themselves of the services by visiting the district field units in their respective areas.

In the First District, the office is located at the second floor of the public market in San Carlos City.

In Second District, the services can be availed at the Old City Health in Sagay City and Crossing Barangay 1-A in Manapla town.

Decena said the ANDAHC will serve as the satellite center of the Provincial Animal Learning Park and Hospital.

It will also form part of the PVO District Filed Unit, especially for the delivery of veterinary health care and services to animals and clients in the province, Decena said.

The supplies delivered are positioned to prevent and control the occurrence of endemic animal diseases in the province as well as enhance the production performance of poultry and livestock, he added.