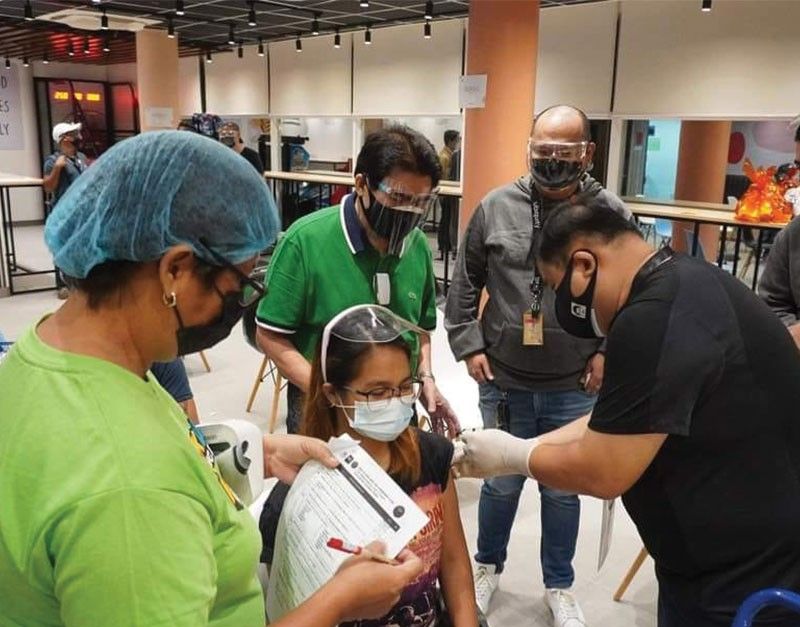 BACOLOD City's vaccination drive goes on a 24-hour shift as the Emergency Operations Center (EOC) is burning midnight candles to strategize a plan of action to control the spread of Covid-19 infections and sustain the downtrend of cases.

This developed as the EOC developed yet another innovative, 24-hour shift to widen the local government's vaccination drive.

The round-the-clock vaccination jab, Ang said, will be launched on Monday, Aug. 30, to coincide with National Heroes Day.

Anti-Covid jabs will be administered by the team of OIC-City Health Officer Dr. Edwin Miraflor Jr. at the 2nd floor of Jollibee at Burgos-Gatuslao Streets, from 8 p.m. to 8 a.m.

Priority for the first dose are city residents belonging to A1 to A5 categories.

Those qualified must bring any government-issued ID, as well as the confirmation of their online registration through tinyurl.com/bcdceironline

After the August 30 launch, the regular vaccination at Jollibee 2nd floor will be on Tuesdays, Thursdays and Saturdays and will continue as long as many residents would want to get inoculated.

Also on Monday, the city will launch its third VAX-i bus, under its mobile vaccination drive, courtesy of Merczi at the Bacolod City Government Center grounds.

Earlier, the LGU converted one of its buses as the first VAX-i unit, while Vallacar Transit, Inc. loaned another bus for the program.

With the VAX-i, which targets market vendors and drivers, together with the ongoing on-site vaccination of thousands of BPO (business process outsourcing) employees, the drive-thru vaccination at Ayala Malls Capitol Central, and mall-based campaigns and regular vax jabs in barangays, schools and health centers, we would be able to hasten efforts to achieve herd immunity, Leonardia said.