A young leader in the agri sector 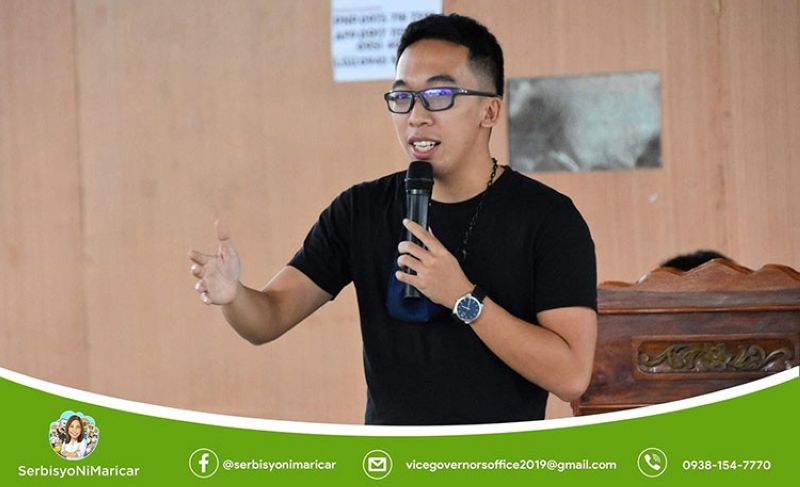 BEING a young leader is not a walk in the park, this is what Herv Martell Zamora-Apsay found out when at 26 years old he was already the president of the Monkayo Cacao Farmers Association and the administrator at Octa-M Farm School.

A graduate of Bachelor of Science in Agribusiness at Silliman University, this Leo lad humbly rated his leadership performance at 3 with 1 as the highest score because he believes he still has a lot to improve, especially concerning the two biggest challenges for him as a leader: communication and age barriers.

"In my experience, it was difficult for me to impose or command something especially to elder people as I don't want to be seen as disrespectful," says the eldest child of Davao de Oro Vice Governor Maricar Carmen Zamora and Hermingildo Apsay.

However, with his family's track record of being a leader in their province, Herv believes that it somehow helps him to be a good and effective leader.

"I have learned to adapt and accept that I cannot please and lead all people so I focus on those who share the same vision with me and I practice to just be myself," he said.

Herv recalls an instance when his leadership skills were supposed to be tested when he was offered to run for SK chairman at a very young age to serve the youths in their area in Monkayo, but he declined.

"I was still in my 3rd year of high school then and I knew I had a big chance to win but I declined the offer as I was still studying at Ateneo de Davao University. I don't want to give a half-hearted service and I want to be with my constituents if I am put in the position to serve," he recalled.

His decision to decline to run for this coveted post of the many youths is, for him, a testament to his genuine desire to be a good leader as he wanted to fully utilize his time and energy in serving the youths.

"My decision to decline is, I must say, proof that I can be an effective leader as I was able to think for the greater good," he said.

Young as he is, this registered agriculturist endeavors to promote agriculture to the youth as he sees the need to boost food security not only in their province but also in the whole nation.

"Through this, I would be able to encourage at the same time develop the agriculture sector for its advancement and modernization. Our food security will improve through the help of our youth," he said, adding that he believes his advocacies and ideals, if materialized, would be of great use for the development of a community.

He hinted that being an administrator of a Tesda-accredited farm school, Octa-M Farm School is a great venue for him to promote his advocacies in modernizing agriculture, as they offer training for organic agriculture, swine and poultry production.

"I believe leadership is an innate ability that can be polished. All of us can lead but not all can be effective leaders," Herve ended.