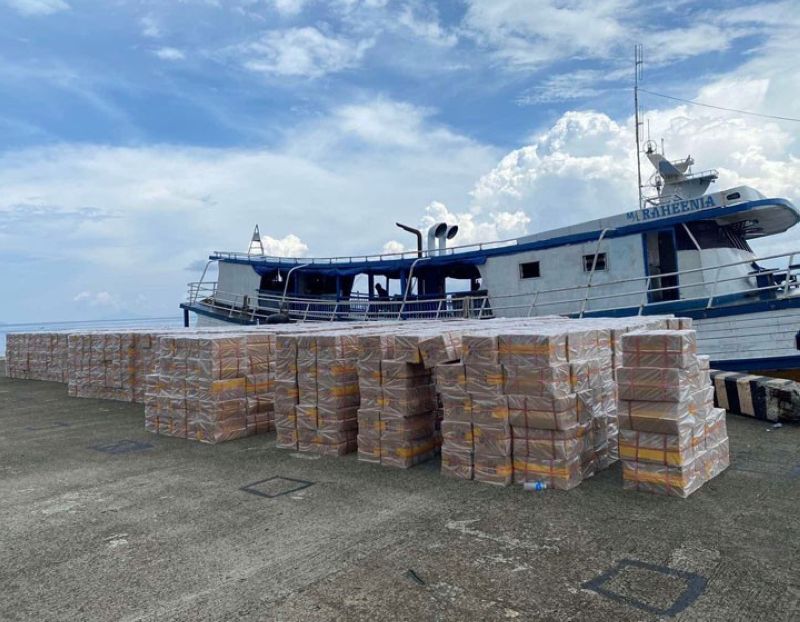 THE Naval Forces Western Mindanao (NFWM) has seized some P29 million worth of smuggled cigarettes off Simunul, Tawi-Tawi, a top NFWM official announced.

Adaci said the Naval Task Force-61 troops, backed by the 3rd Boat Attack Division and littoral monitoring station, were on maritime security patrol when they chanced upon M/L Raheenia, a wooden-hulled vessel manned by a seven-man crew.

Adaci said the troops found that the vessel was found loaded with undocumented cigarettes when they conducted Visit, Board, Search and Seizure Operations.

Adaci said the vessel, M/L Raheenia, which was transporting the contraband was then escorted and arrived Wednesday, August 25, at the Naval Station Romulo Espaldon in Calarian village, this city, where an inventory was conducted together with the Bureau of Customs (BOC) and other agencies.

He said the results of the inventory on the contraband conducted together with the representatives of the BOC, and Coast Guard District Southwestern Mindanao showed that M/L Raheenia was loaded with 1,656 master cases of smuggled cigarettes with a market value of P29,980,000.

He added that the crew, vessel and the seized cargo were turned over to the BOC for proper disposition. (SunStar Zamboanga)