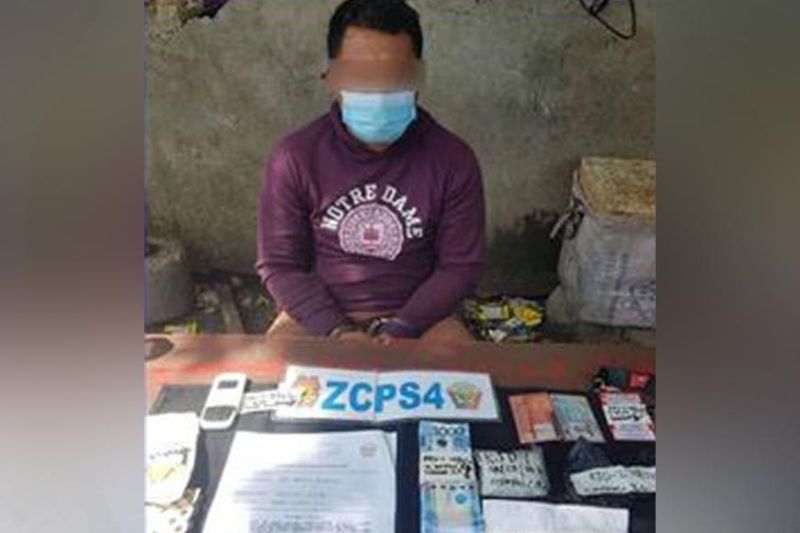 DRUG BUST. The police operatives arrest Jim basa, 32, a security, tagged as high-value individual (HVI) drug suspect and seize some P340,000 worth of suspected shabu in an anti-drug operation Friday, August 27, in Sinunuc village, Zamboanga City. A photo handout shows the arrested suspect and the suspected shabu and bundle of boodle and marked money seized from him during the anti-drug operation. (SunStar Zamboanga)

A HIGH-VALUE individual (HVI) drug suspect was arrested while some P340,000 worth of illegal drugs were seized in an anti-drug operation in Zamboanga City, the police reported Saturday, August 28, 2021.

Reyes said Basa was arrested in an anti-drug operation around 12:15 p.m. Friday, August 27, in Sinunuc village, west of Zamboanga City.

Reyes said recovered from the arrested suspect were some 50 grams of suspected shabu worth P340,000 and a bundle of boodle and marked money.

Reyes said charges for violation of the Comprehensive Dangerous Drugs Act of 2002 will be filed against the arrested suspect.

Meanwhile, the ZCPO director has lauded the operating units for the arrest of the HVI drug suspect.

He said the ZCPO will remain steadfast in ensuring public safety by going after illegal drugs and criminality through collaborative efforts with other intelligence units and the community. (SunStar Zamboanga)