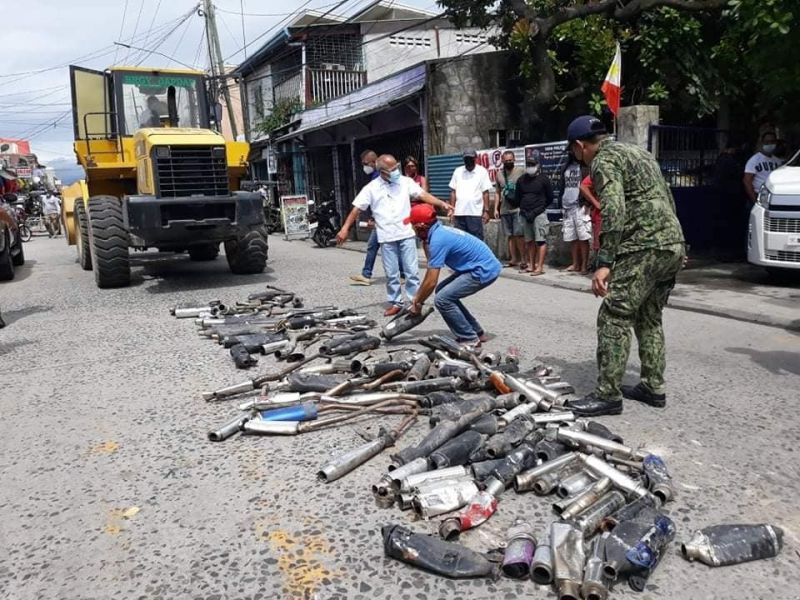 A TOP official of the Mabalacat City police has warned motorcycle riders not to use illegal and loud mufflers.

On Saturday, Elefanio and Mayor Cris Garbo, Dapdap Chairman Javier Taruc led the destruction of 150 loud mufflers in Madapdap Resettlement Center which were seized during several operations conducted by the city police.

During a simple ceremony, the mufflers were destroyed with the use of a payloader heavy equipment in front of the Madapdap police substation.

Garbo lauded the city police for its drive against open mufflers, which he said cause sonic pollution.