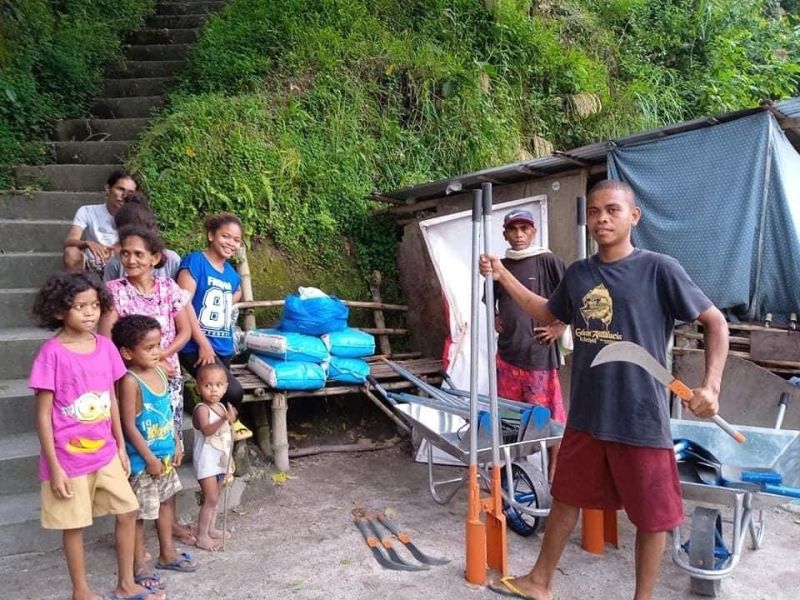 THE Angeles City government has distributed garden equipment to the 30 housed stewards serving as caretakers of the watershed in Barangay Sapangbato in Angeles City, Pampanga.

This is to continue the campaign of the City Government to further preserve the 560-hectare watershed, Mayor Carmelo “Pogi” Lazatin, Jr. said, who visited the watershed today with Executive Assistant IV Reina Manuel.

Alongside, 750 bags of organic fertilizers were also turned over to the 30 stewards to be used for their daily planting of narra, molave, dau, and paoay seedlings, as well as assorted fruit-bearing trees.

They were hired to be in charge of the after-care monitoring of the trees being planted in the watershed, Lazatin said.

Aside from the stewards, 18 staff from the Cenro in partnership with Abacan River Angeles Watershed Advocacy Council Inc (Araw-ACI) led by President Renato “Abong” Tayag and Vice President Sonny Dobles have been also designated at the Angeles City Watershed to look after and monitor the seedlings planted during the series of tree planting activities conducted.

The massive reforestation in the watershed is being overseen by Lazatin’s Chief Adviser IC Calaguas, who shared that the city government targets to plant 45,000 more trees in the area.

The 42,000 seedlings are donations from Department of Transportation Secretary Arthur Tugade while the remaining 3,000 came from an anonymous donor.

A series of tree planting activities is also being conducted by the city government employees via schedule, per the order of Lazatin.

To date, more than 4,000 seedlings and assorted fruit-bearing trees were already planted in the watershed.

On July 19, Lazatin has ordered the City Engineer's Office led by Engineer Donato Dizon to conduct a clearing operation in the area to give way for the continuous tree planting.

The City Government also spearheaded a planting activity on June 19, the same was conducted during the Women's Month celebration on March 19, 2021.

Lazatin is also encouraging private sectors and Non-Government Organizations to adopt certain portions of the watershed.