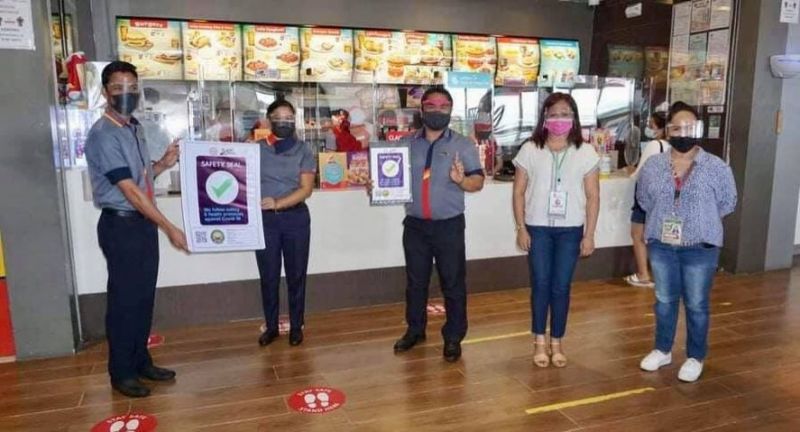 Bacolod City Mayor Evelio Leonardia commended the companies that are compliant with the requirements of the Safety Seal Certification Program.

Four more firms will be issued similar certificates this week, she added.

The certificates were handed by the SSC to the recipient companies.

A total of 163 companies initially applied for certificates of Safety Seal with the city government, Rayos said.

Of the total applicants, 17 have so far qualified, after online verification/calibration and on-site validation of the Inspection and Certification Team of the SSC.

The Safety Seal Certification Program is a scheme affirming that an establishment or public transportation unit has been inspected by the government and was found compliant with Minimum Public Health Standards, is using or its contact tracing is integrated with StaySafe.ph, and the establishment or public transportation unit possesses the requisite business permits or franchise.

Rayos said only business establishments with valid Mayor's Permit (2021) are eligible to apply for a certificate of Safety Seal.

Those who are awarded with a Safety Seal shall be allowed an additional 10 percent beyond the prescribed on-site capacity, as per Inter-Agenct Task Force Resolution No. 127-A series of 2021, she added. (PR)