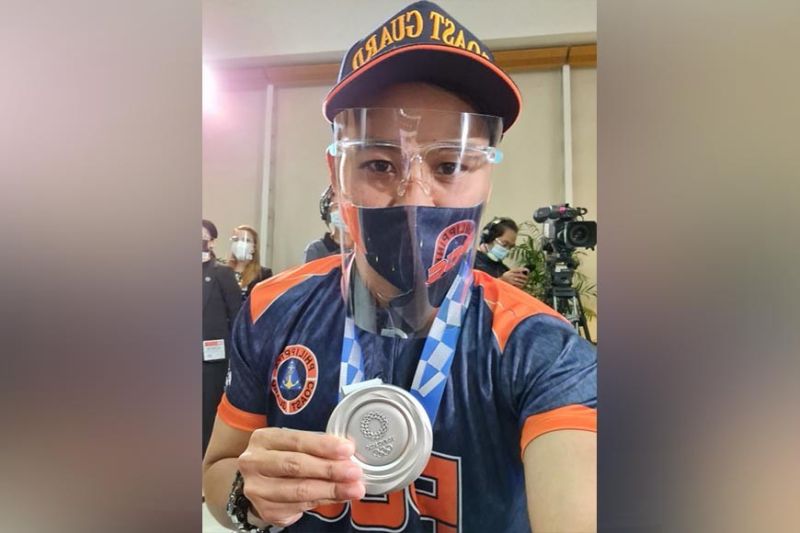 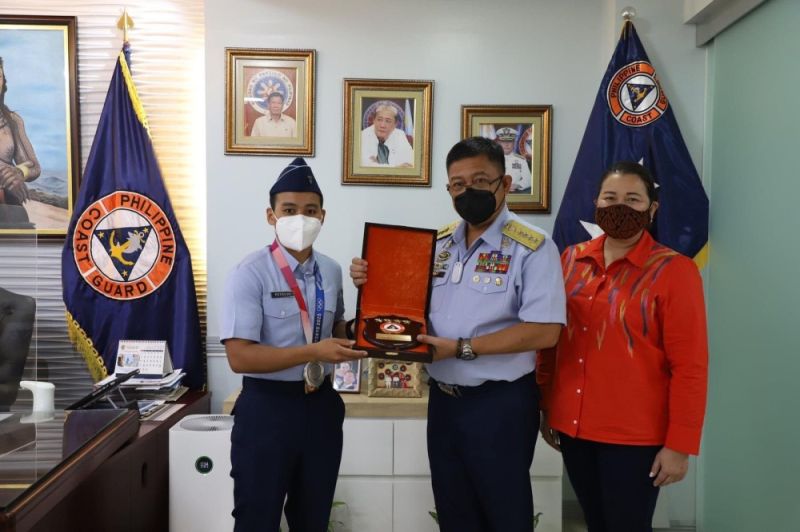 She will be home at last after over seven months of being away from her family. She left on January 15 to join the national boxing team's bubble training in Laguna and then they continued the bubble training in Thailand starting March before they flew to Japan.

The 29-year-old Petecio, whose amateur boxing career began in Bago Gallera, Davao City, said, "Hilom lang akoang pag-uli po, dili ko ganahan daghan kaayo magsundo uy pandemic bya. Dili man kinahanglan gud tapok (My return will just be a silent one, I don't want a lot of people to fetch me as we are still in a pandemic. There's no need to assemble)."

Davao City is currently on general community quarantine (GCQ) with heightened restrictions and any welcome activities at the airport are prohibited.

She was on duty at the Philippine Coast Guard (PCG) on Sunday, August 29, just like any other ordinary public servant, on the eve of her 10:15 a.m. Philippine Airlines (PAL) flight.

Petecio said the PCG Davao will fetch her at the Davao International Airport (DIA) upon her arrival and may perhaps fete her with a fitting welcome and congratulatory ceremonial program at the district office.

From there, the Sta. Cruz local government unit (LGU) will then accompany her back to Barangay Tuban, her hometown, in Davao del Sur.

She, however, can stay in Davao City anytime with free accommodation at Aeon Towers and she will also have her own fully-furnished P10 million condominium unit at Lakeshore Drive in Lanang, courtesy of Suntrust Properties' Andrew Tan, as gifts for her recent Olympic feat.

With two houses in Davao City, she said it's up to her family where they would want to stay whenever they come here.

Petecio bared that Suntrust has turned over her condo unit at Sherwood Hills recently where she also learned and enjoyed playing golf but she has yet to see her Lakeshore Davao unit.

She arrived in Manila on August 9 from Tokyo and stayed in a Tagaytay City hotel for quarantine until August 18 along with her fellow boxing Olympic medalists Eumir Felix Marcial and Carlo Paalam.

After the quarantine, her daily schedule was tight for interviews, incentives awardings and her PCG duties.

When asked how she finds her celebrity status now, she replied: "Kapoy na Ma'am oi (It's already tiring)." But she remains thankful for all the blessings, support, and congratulations that she has been receiving since winning the first Olympic women's boxing medal for the Philippines.

While she wants to enjoy her vacation and spend more time with her family, Petecio said that she will be on call whenever the Association of Boxing Alliances of the Philippines (Abap) wants her to resume training. MLSA