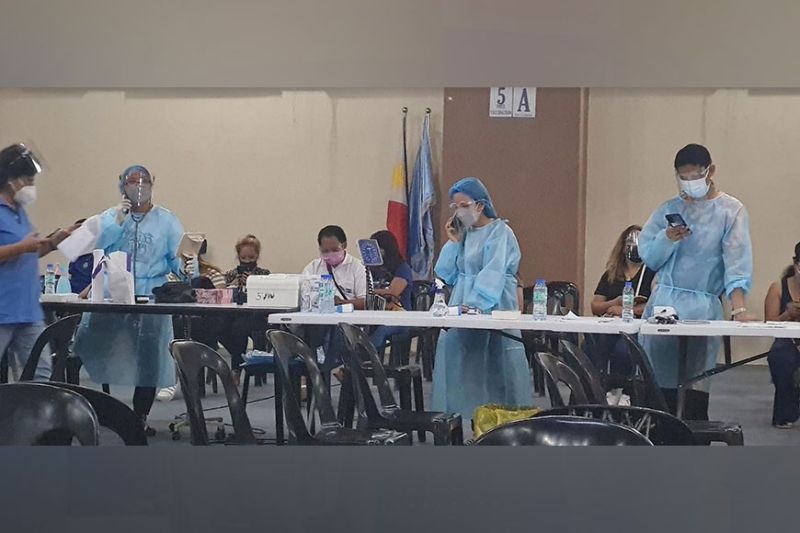 NEGROS. General Alliance of Workers Associations (Gawa) expresses support to the nationwide protest staged by frontline health workers on August 31, 2021 to manifest their indignation over the long-delayed payment of their benefits. (Erwin P. Nicavera)

Wennie Sancho, secretary general of Gawa, said amid the struggle against the pandemic, the heavy impact of the burden and sacrifices falls mainly on the shoulders of the frontline health workers particularly those who are working in the hospitals.

Sancho said politicians called them modern-day heroes in the war against coronavirus disease (Covid-19) but they are being denied by the government of those benefits that are due for them under the law.

"This is an added form of injustice to our so-called heroes," he said, adding that "they should be treated with dignity and respect thus, we should give credit where credit is due."

The labor group pointed out that the 1987 Philippine Constitution acknowledged the workers as the "primary social economic force."

Gawa said labor is the leading creator of wealth in the society. Transport, agriculture and nearly all industries and economic activities will grind to a halt without the creative hands of labor.

"Workers are most productive, but like our frontliners, they are the least rewarded. The principle of equal pay for equal work was forgotten," it added.

For Sancho, also the labor representative of the Regional Tripartite Wages and Productivity Board (RTWPB) in Western Visayas, health workers are the "shock absorbers" in the war against Covid-19.

They are on suicide missions, many of them died, infected by the virus. They are underpaid but overworked, he said.

Sancho said others had resigned, they could no longer bear the pain and sufferings of the frontline health workers.

"Why does the government deny them the benefits that they rightfully deserve? We demand for the liberal interpretation of the law," he asked, stressing that "selective application of SRA is unfair and discriminatory."

The local labor leader also asserted that health workers should receive the SRA benefits because all of them are exposed to the virus.

"Our frontliners need our support, their services are indispensable with the surge in Covid-19 virus infection," Sancho also said.

All the accolades rendered for them would be nothing but lip-service if the government will not give what is due for them, Sancho said.

"Let us not wait for the day when most of our frontline health workers would go on mass resignation or simply quit their jobs because they are too tired suffering from burn-out syndrome due to the psychological stress or trauma," he added.