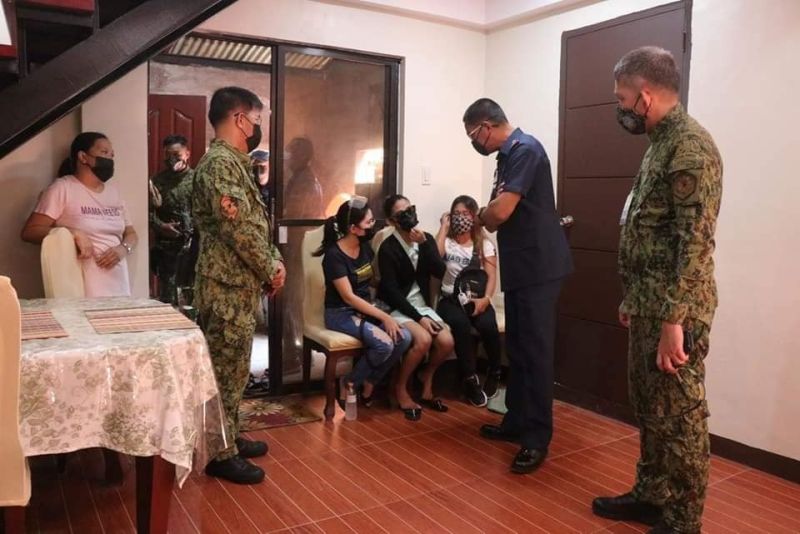 In his video message posted on PNP's Facebook page Tuesday, August 31, Eleazar said he already tasked the BCPO and PRO-Western to focus on the case of Nepomuceno's death and to arrest the perpetrators.

Nepomuceno was driving his motorcycle when two unidentified motorcycle-riding assailants fired at him several times around 5:15 p.m.

Nepomuceno sustained multiple gunshot wounds. He was brought to the Corazon Locsin Montelibano Memorial Regional Hospital, but he did not survive.

Police recovered from the scene of the crime six empty shells of .45 caliber revolver.

Eleazar said he is hopeful to have immediate clarity of the motive in the killing and not long enough, to identify the perpetrators.

Eleazar also condoled with the bereaved family and he assured that justice will be served for Nepomuceno's death.

The PNP chief urged witnesses to the crime and persons who may have information to come forward and help the police investigators to bring the perpetrators to justice.

Sarona said they already checked the closed-circuit television (CCTV) camera in the area, but the footages are not clear to determine the identity of the suspects.

He said Nepomuceno was conducting an intelligence monitoring of the drug personalities in the area of Police Station 1 when two unidentified motorcycle-riding assailants tailed him and fired at him.

"His activities were probably monitored by the suspects, it's a well-planned to kill him in the area," he added.

The police are eyeing work-related as a possible motive in the killing victim.

Sarona said there is a big possibility that the persons behind it were involved in illegal drugs since Nepomuceno was an active operative of CDEU and they want to eliminate him.

The victim was formerly assigned in Police Stations 3 and 8 as a drug operative and was reassigned to CDUE.

Sarona said Nepomuceno is a hardworking operative who has been instrumental in the arrest of several high-value individual (HIV) drug peddlers and prohibited drug users in Bacolod City.

He said that based on the statement of the family of Nepomuceno, the victim did not receive any threat.

He added they have witnesses, but they could not identify the identity of the suspects because they were wearing helmets and jackets.

Meanwhile, Miranda was in Bacolod City Tuesday, August 31, and visited the remains of Nepomuceno laid at St. Peter Memorial Chapels and extended its condolences to the bereaved family.

The regional director also turned over cash assistance to the family of Nepomuceno.