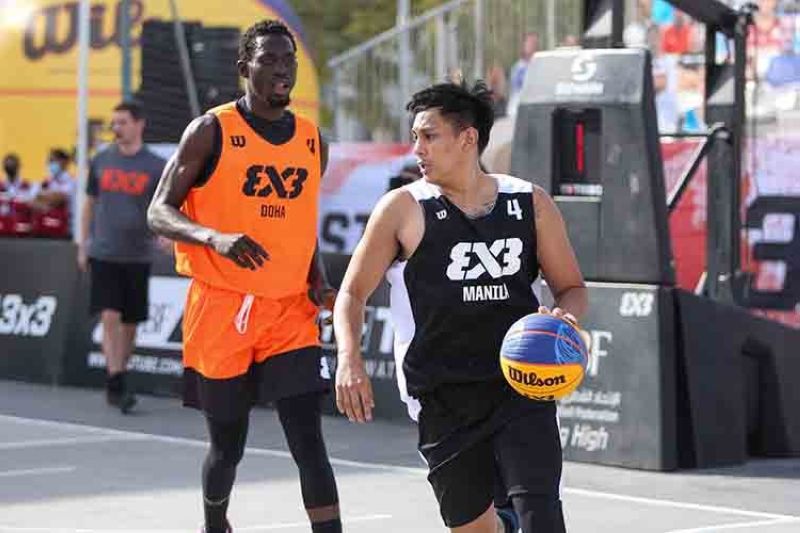 After an eye-opening experience in the Doha Masters, Cebuano guard Mac Tallo shared he is looking forward to showing off just how much the team has improved since that tournament. (Chooks-to-Go)

Cebuano guard Mac Tallo is thrilled to compete in the main draw of the FIBA 3x3 World Tour Montreal Masters, which kicks off this weekend in Canada.

After gaining much experience in their first stint in the Doha Masters way back in March, the flashy Cebuano is eager to show how much improved the team is. He and the rest of the team—namely fellow Cebuano Zach Huang, sweet-shooting big man Dennis Santos and new addition Mark Yee—were all excited to compete in the FIBA 3x3 Lipik Challenger in April but visa issues kept them from doing so.

Tallo shares that the team really came together during their training camp in Lucena and their cohesion has improved by leaps and bounds.

“During our training nung nasa Lucena, kami nag improve kami in terms of teamwork kasi individually kaya naman namin eh, pero yung resulta parin yung binabasehan naming,” said Tallo, who has had stints in both the PBA and the MPBL.

Tallo also lauded the addition of veteran forward Mark Yee. Though undersized, the 6-foot-3 Yee is battle-tested from his stints in the PBA and recently, the Davao Occidental Tigers, which he helped lead to the MPBL Lakan Cup championship earlier this year. He was also named the Finals MVP of that tournament.