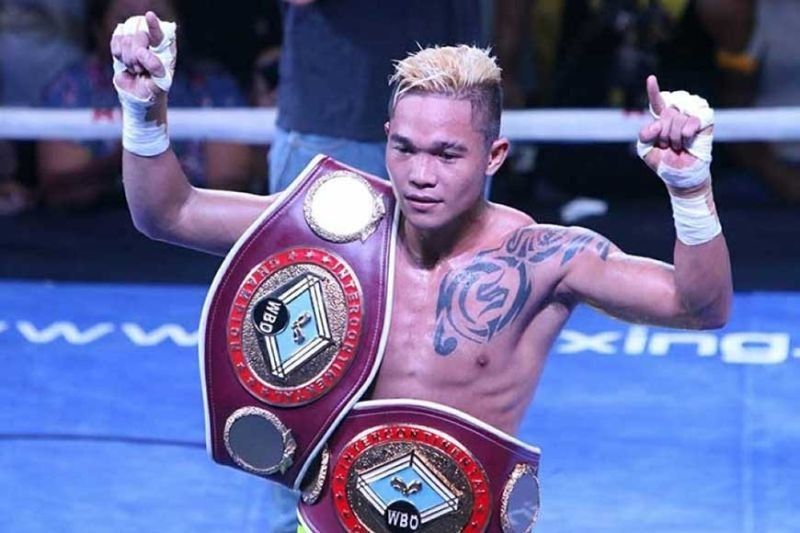 A PROFESSIONAL boxer known by his ring moniker “Prince” landed in jail after he allegedly molested a 14-year-old girl, his neighbor in Barangay Inayawan, Cebu City on Tuesday afternoon, Sept. 1, 2021.

Albert Pagara, one of the prizefighters of now-defunct ALA Boxing stable, was accused by the girl’s mother of molesting the minor inside their house while she was sleeping.

The 27-year-old world-rated pugilist from Maasin, Southern Leyte denied the allegations; however, he did not resist when the mother had him arrested.

He was brought to the Pardo Police Station.

Superbalita Cebu visited the detention cell of the Pardo Police Station on Wednesday, Sept. 2, and learned from Pagara’s cellmates that he had tried to take his life.

The cellmates said Pagara borrowed knotted shoelaces used as an improvised belt by their fellow cellmate. The boxer reportedly tied it around his neck and tightened its grip by sitting, but his cellmates stopped him.

Pagara told Superbalita Cebu that he felt unbearable shame and sadness over the allegations, saying his career could be over.

He said he has an upcoming fight in November, and this could be cancelled because of the situation he is in.

Lt. Col. Wilbert Parilla, deputy director for operation of the Cebu City Police Office (CCPO), said the girl was sleeping when the boxer allegedly started to touch her privates. This happened past 4 p.m.

The girl reportedly was awakened but she pretended to be sleeping still as she was afraid that she might get hurt.

A few hours later, after Pagara had left, the girl told her mother about what she had gone through at the hands of the boxer. The mother, irate, reported her daughter’s ordeal to the tanods, who then arrested Pagara and brought him to the Pardo Police Station past 7 p.m.

At the police station, Pagara denied doing anything wrong, but he later admitted he only touched the girl, said Parilla.

Pagara’s denial was just an “alibi,” said Parilla, adding that the police will “stick” with the “allegation of the victim who is a minor.”

An examination done at the pink room of Vicente Sotto Memorial Medical Center shows the victim was molested.

Pardo police chief Maj. Jose Angelo Acupinpin said they are preparing a complaint of rape in relation to the anti-child abuse law against Pagara.

The girl is scheduled for stress debriefing by the social workers from the Department of Social Welfare and Development 7.

Pagara has a record of 33-1, 22 knockouts as a professional boxer. He defeated boxer Virgil Puton via unanimous decision in their fight on Dec. 18, 2020, in Mandaue City.