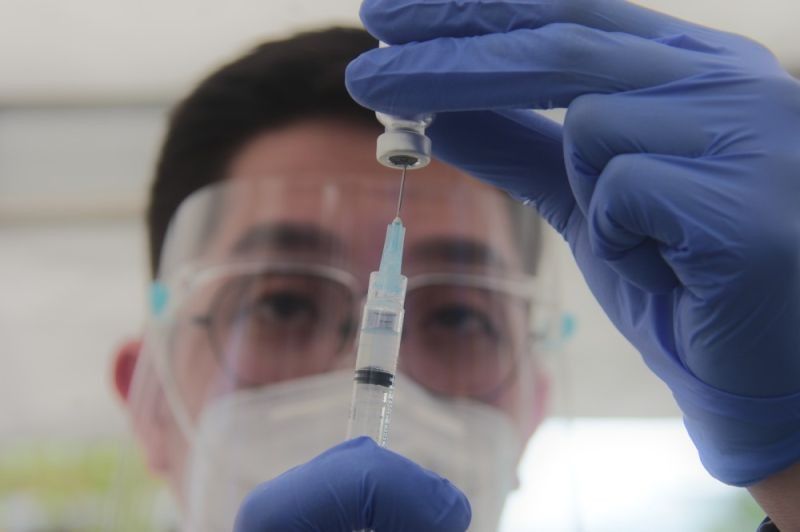 THE Department of Budget and Management (DBM) has reduced the Department of Health (DOH) budget for the procurement of coronavirus disease 2019 (Covid-19) vaccines in 2022 to P45.6 billion, DOH Secretary Francisco Duque III said on Thursday, September 2, 2021.

During the deliberation of the P242.2-billion DOH budget at the House of Representatives, Duque said the DOH had proposed a P104 billion budget for Covid-19 vaccines, which may include the booster shots.

He said the DBM put this under unprogrammed funds, which means that funding will depend on the revenues generated or loans secured by the national government.

Instead of blaming the DBM, however, Duque as the "captain of the ship" should justify the need for the funds especially for the Covid-19 pandemic response, former Health secretary now Iloilo Representative Janette Garin said.

If the budget is not approved, Duque should work within the budget by realigning funds to the programs that matter the most, Garin added.

She asked Duque to sacrifice other projects, like the Botika ng Barangay program, for the procurement of vaccines.

She also asked the DOH to submit a list of programs which can be sacrificed in order to provide funding for Covid-19 vaccines.

“Yes, we will commit to propose this to the Congress,” Duque responded.

The DBM also slashed the proposed P73.99 billion budget for Covid-19 response to just P19.68 billion. Among those removed was the P50.41 billion allotted for the benefits and allowances of healthcare workers (HCWs),

Duque maintained during the budget hearing that the procurement of booster shots remains to be a priority of the government.

He said the Department of Finance has committed to make the funds available once the Vaccine Experts Panel approves the use of booster shots.

“We are awaiting hopefully by next week to get a full technical report from our All Experts Group and Vaccine Experts panel on the use of booster doses so it will not take too much time before the DOH and the IATF (Inter-Agency Task Force for the Management of Emerging Infectious Diseases) to get hold of this technical report,” he said.

“Kasi pag sinabi nila na okay ang booster dose, we have a basis, then we will present again with the DBM,” he added.

Duque said the national government has already procured at least 195 million doses which are expected to be completely delivered by the end of the year. He said these vaccines will allow the country to exceed its herd immunity.

"Having said that, it will exceed our herd immunity target of 77 million Filipinos, about 70 percent of the population, so we are confident that excess doses will be sufficient to cover those not belonging to the herd immunity population as identified," he said.

A total of 13,958,418 have been fully vaccinated, including those who received a single-shot vaccine. First dose inoculations reached 19,747,877.

The government is vaccinating an average of 426,653 individuals a day.

Garin said Duque should avoid discussing herd immunity pending the administration of booster shots so as to not give the public false hopes.

“Now we are in a different situation as compared to months before, we have a lot of breakthrough infections ibig sabihin nabakunahan ka man o hindi matatamaan ka pa rin at makakapanghawa ka pa rin. But just to clarify there is still a lot of benefits that vaccination brings because it generates at least almost zero deaths and huge reduction of severe cases, yung pangatlong gamit ng bakuna which is actually prevention of illness and transmission has been affected by the Delta variant,” she said.

“With that if we have a lot of breakthrough infections it probably means there is a waning infection and a need for a third dose... Let's do away with the discussion of herd immunity as of the moment but let's discuss the importance of a third dose,” she added.

Garin dismissed the claim of Duque that the vaccine experts have yet to recommend the use of booster shots and that the procurement of booster shots remains as priority despite it being under unprogrammed funds.

“The recommendation has long been submitted. The vaccine expert panel has long submitted a recommendation to give a third dose especially for the healthcare workers,” Garin added. (SunStar Philippines)