Mayor Sara: I am not angry at Duterte, Go 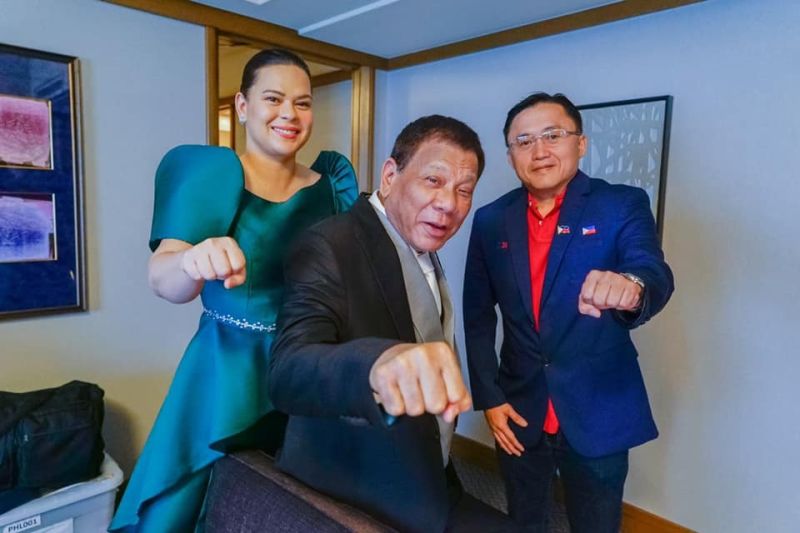 DAVAO City Mayor Sara Duterte-Carpio belied claims that she is angry at President Rodrigo Duterte and Senator Bong Go or envious of the powers they hold.

Duterte-Carpio issued a statement on Thursday, September 2, 2021, in response to an online article that is being passed around in group chats and social media posts.

"The source of this article does not know me as well. I am not angry at President Duterte or Senator Bong Go nor am I envious of the power that they hold," the Presidential daughter said.

The mayor added that the "responsibility that comes with power is exhausting, there is nothing to be jealous about it."

Duterte-Carpio also reiterated her recent statement that she is not holding grudges against Go with regard to his relationship with her father.

Duterte-Carpio issued the statement in response to a published article on politics.com.ph, a blog about Philippine politics, with the title, "All gloves off! Sara v Bong Go/Honeylet [Honeylet Avanceña -- Duterte’s common law wife] is proxy fight between Duterte’s first and second families."

According to the article, the mayor and her siblings, Paolo and Sebastian, "have toed the line by staying in the background while showing a united front behind their father."

The article's source said the Duterte siblings "have long harbored a grudge against Go who has been the President’s gatekeeper since his days as mayor of Davao City."

The Presidential daughter denied that there is a conflict between her and President Rodrigo Duterte's former special assistant.

"This is not true. It seems the source talking does not know me. I do not hold a grudge against Senator Go with regard to his relationship with PRRD [President Rodrigo Roa Duterte]," Duterte-Carpio said.

She added she is "not the keeper of the President," adding her father is allowed to have his friends similar to her.

The mayor said having an appointment to see the President "may be odd to many," but she said it is a "normal thing" in her family since the late 1990s.

She called the article's source "mababaw" or shallow.

Duterte-Carpio’s latest comments came after she urged her father and Go to “own up to” their political decisions for next year's elections.

Earlier, Go issued a statement saying that he already talked to the mayor.

(We don't have issues with one another. My love and support to the father are equally the same to his children. President Duterte knows that.)

Go recently said that he is not interested in running for a higher post and he will support the Dutertes regardless of their political plans in 2022.