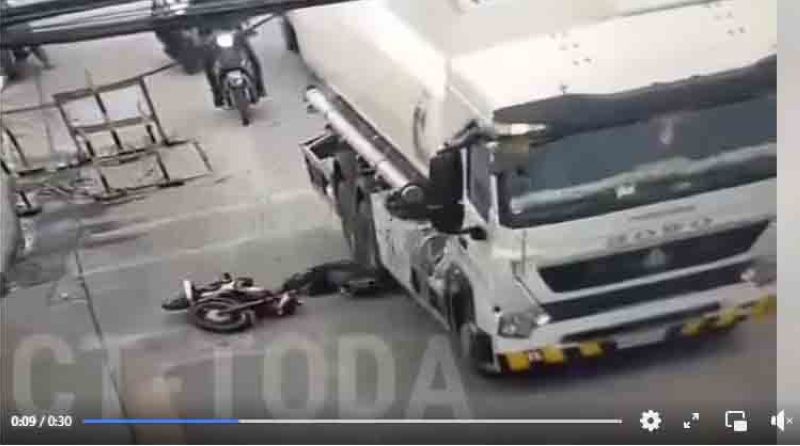 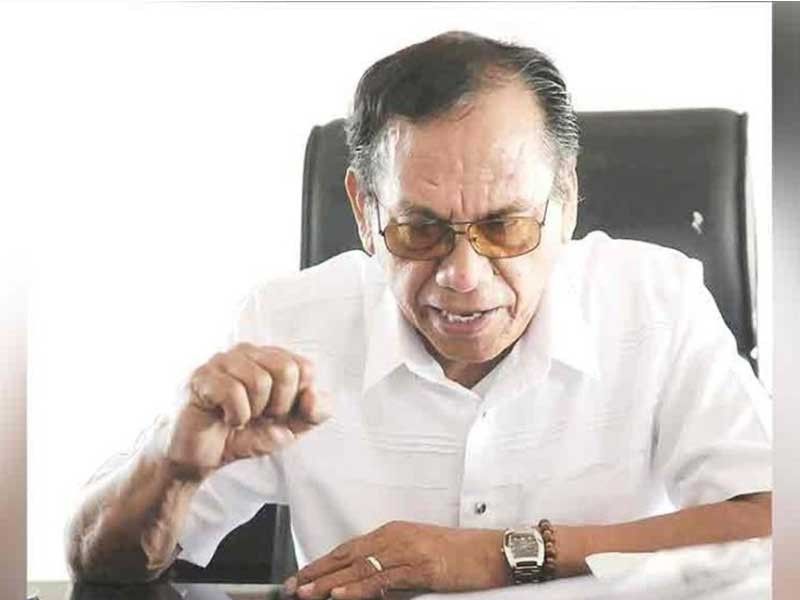 STILL ALIVE. Former Talisay City mayor and incumbent City Councilor Socrates Fernandez escapes death after the motorcycle he was driving collided with a truck along the Cebu South Coastal Road in Barangay San Isidro on Thursday afternoon, Sept. 2, 2021. After he fell on the road, Fernandez was able to evade the rear wheels of the truck. / SUNSTAR FILE

WEARING a helmet while driving or riding a motorcycle could save a life.

This was evident when former Talisay City mayor and incumbent City Councilor Socrates “Soc” Fernandez, 79, escaped death—his helmet gave him extra protection as he was almost run over by a truck while riding his motorcycle along the Cebu South Coastal Road in Barangay San Isidro on Thursday afternoon, Sept. 2, 2021.

Wearing a full-face helmet was not new to Fernandez, though.

In 2011, Fernandez, then a mayor, became the joke of the town when he wore a full-face helmet when he visited his adopted son Joavan, who was incarcerated in the detention cell of the Cebu City Police Office for direct assault. He did not remove his helmet even when he was already facing Joavan.

Fernandez told traffic enforcers that he was on his way to Barangay Tabunok to attend a 5:30 p.m. Mass when the incident happened.

The driver of the truck, Andrelle Billones, told City of Talisay Traffic Operation and Development Authority (CT-TODA) chief Jonathan Tumulak that he initially saw a motorcycle just a few minutes before the accident.

The footage from security camera shared by CT-TODA on its Facebook page shows that as the truck driven by Billones moves forward, the motorcycle driven by Fernandez drives near the truck as the councilor is clearly trying to evade a barrier placed on a manhole.

Fernandez then collides with the side of the truck, before losing balance and falling under the truck. Just as the truck’s rear wheels are about to run over him, Fernandez picks himself up. The truck then makes a full stop.

The full-face helmet that Fernandez wore protected his head from any injury.

The traffic enforcers present in the area wanted to check on Fernandez’s condition; the city councilor stood up, told the enforcers that he was just fine and proceeded to Tabunok to attend the Mass at the St. Joseph the Worker Parish.

Billones surrendered to traffic police after the road incident.

Not his time yet

In a Facebook message, Cebu Archdiocesan Commission of the Laity chairman Fe Barino said she spoke to Fernandez on Friday, Sept. 3.

Barino said Fernandez told her that at the moment he fell towards the ground, he felt that his time had come.

“Immediately after his fall, matud pa niya, mora siya og bola nga mi-rebound, just in time nga wala siya maligsi sa ligid sa dakong truck (he said he felt he was like a ball that bounced, just in time for avoiding the wheels of the big truck),” Barino said, recalling what Fernandez had told her.

Barino added that after the accident, Fernandez not only was able to attend the Mass but he was also able to attend his regular 7:30 p.m. program last Thursday in a local Catholic radio station in Cebu City.

Fernandez told Barino that he only had a few bruises on his body after the incident.

Lisa said she and her children are still observing Fernandez’s condition after the road incident.

Before he was elected city councilor, Fernandez had served as mayor of Talisay City from 2005 to 2013.

Aside from his work as a politician, Fernandez is also a well-known member of the Catholic Faith Defenders of the Philippines, a non-government organization dedicated to the protection of Catholic doctrine.

As city mayor, Fernandez also courted his own share of controversies over the years.

He faced several suspensions issued by the Sandiganbayan when in 2010, he retrieved a bag from his car, which was linked to a crime involving his adopted son, Joavan.

In 2019, the Sandiganbayan affirmed its earlier decision to perpetually disqualify Fernandez for public office but the city councilor has appealed the matter before the Supreme Court. (JKV)