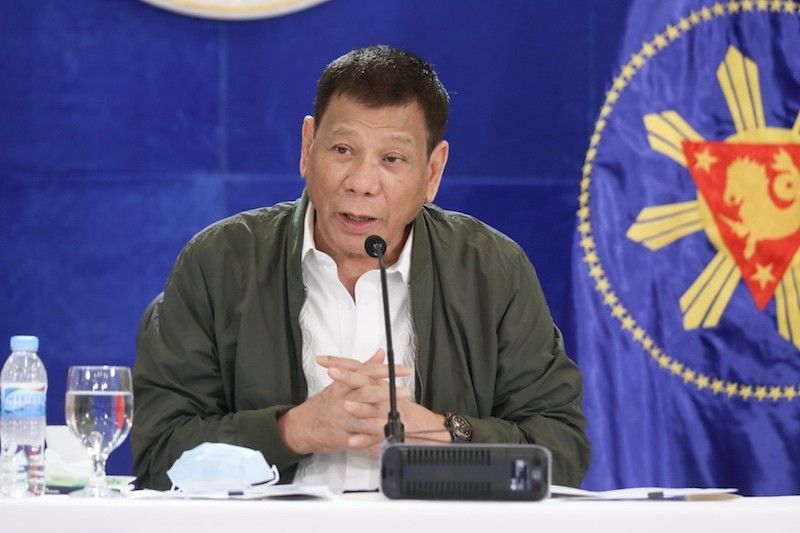 “Gusto kong makita 'yung audit talaga ng totoo ng Red Cross. And maybe I can... I will demand, the executive department will demand that we be furnished copies of your audit taken by COA, and COA to give us the copy so that we can review also what you have audited at tingnan ba namin kung tama o hindi,” he said during a pre-recorded public address aired on Thursday evening, September 2, 2021.

“If there is an honest-to-goodness examination of the book of records and the audit of the past years and we will review if it reflected really the real actuations of you and the others there in the Red Cross, I'm sure that we will find something and we believe that you are also guilty of - well, sabihin mo ng malversation. Well, tell us. We would be glad; we would be happy to know kung mayroon o wala. Salamat, Mr. Gordon,” he added.

PRC is a non-government and non-profit organization founded in 1899.

The COA, however, is mandated to “examine, audit and settle all accounts pertaining to the revenue and receipts of, and expenditures or uses of funds and property owned or held in trust by, or pertaining to, the government.”

Duterte accused Gordon, who was elected as chairman of PRC in January 2004, of using the organization as a “milking cow” for his political aspirations.

“Alam mo ginagamit mo itong Red Cross, and I dare say na ginamit mo talaga ito para sa elections. Ito ‘yung milking cow mo eh sa totoo lang. You have been there for quite a time. Is it not fair to say now that bumitaw ka na and give others a chance at para mahinto na ‘yung.. ‘yung ginagawa mong kalokohan?” he said.

The President recalled the plunder charges filed against Gordon by another senator in 2017 for allegedly allocating P193 million of his pork barrel to the PRC.

Senator Antonio Trillanes IV, one of the administration’s critics, had filed the charges. He claimed the funds were used for Gordon’s presidential and senatorial campaign in 2010 and 2013, respectively.

Gordon has repeatedly denied the accusations.

“How about the disallowances and charges in the SBM[A]’s books of accounts when you were sitting as chairman? Is this amount of P140 million - is this the reason why you lobbied for certain individuals to be appointed to the SBMA so that you can protect your own interest?” Duterte said.

Duterte also slammed Gordon for stopping the Covid-19 tests being conducted by PRC after the Philippine Health insurance Corporation (Philhealth) failed to pay them.

The PRC only resumed conducting tests after Philhealth made a partial payment.

Duterte’s attacks against Gordon came amid the conduct of investigation by the Senate blue ribbon committee, which the senator chairs, on the deficiencies in the use of Covid-19 response funds of the Department of Health (DOH) as flagged by COA.

As alleged “questionable” transactions and “overpriced” purchases were being unveiled in the inquiry through,

Gordon had remarked that the investigation may go as high as Duterte after several personalities tagged in the allegedly overpriced transactions of the DOH, through the Procurement Service of the Department of Budget and Management (PS-DBM), were linked to Senator Christopher “Bong” Go and businessman Michael Yang.

Go is Duterte’s former long-time aide who continues to stay close to the President while Yang is a former presidential adviser.

Duterte reiterated that there was no overpricing in the purchases made through PS-DBM.

Duterte said Gordon may be conducting the investigation to advance his political interests.