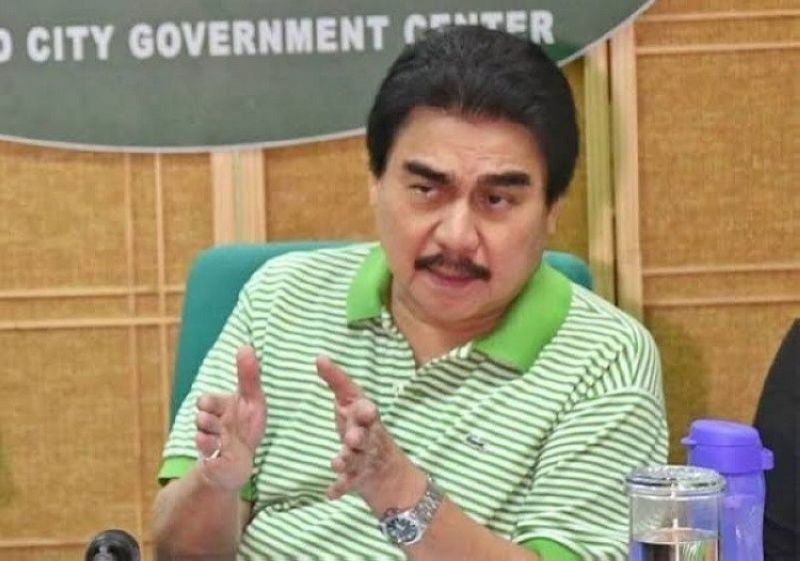 BACOLOD City Mayor Evelio Leonardia has asked the assistance of Philippine National Police (PNP) Chief General Guillermo Eleazar to give special attention and go deeper into their investigation in the killing of Staff Sergeant Joseph Nepomuceno Jr. in the city on August 29, 2021.

Leonardia, in a statement, said on Wednesday evening, he had the opportunity to talk to Eleazar on the phone along with Bacolod City Police Office (BCPO) Director Colonel Manuel Placido.

"I asked him to give special attention and go deeper in their investigation and help Bacolod in its campaign against drug trade,” Leonardia said.

On Sunday, Nepomuceno, 37, a member of City Drug Enforcement Unit (CDEU), and resident of Barangay 14, Bacolod City, was shot to death by two unidentified motorcycle-riding assailants on Rosario Street in Barangay 38.

Nepomuceno was driving his motorcycle when two unidentified motorcycle-riding assailants fired at him several times.

On Thursday, Leonardia visited the wake to personally condole to his partner, Janet Frias, with whom he had a three-year-old child.

The mayor praised Nepomuceno for being an exemplary member of the BCPO, citing him for his honesty, bravery and integrity in the war against illegal drugs.

"Staff Sergeant Nepomuceno's dedication and commitment to serve the people of Bacolod are worth emulating," Leonardia said.

Leonardia, who executed a snappy salute before Nepomuceno's casket draped with the Philippine flag, told the policeman's widow that he personally talked with PNP Chief Eleazar, whom he asked to help probe deeper into the cop's slaying.

"I salute him for a job well done. The people of Bacolod are grateful for his service. This is a very sad incident. I came here to express my heartfelt condolences to his family. It is sad for Bacolod because we lost a valuable asset in our fight against illegal drugs," Leonardia said.

“He was an industrious, dedicated policeman. He valued honesty and integrity. His sense of duty and commitment to his tasks are admirable. He was even highly regarded by his neighbors and was a homebody when not on duty,” he said.

"But unfortunately, he met his untimely demise too soon," the mayor added.

The mayor said Nepomuceno is an exemplary performer based on the sentiments expressed by his peers.

Nepomuceno’s partner also thanked the mayor as she also cried for justice on behalf of the family.

Police Major Ramel Sarona, chief of Police Station 1, earlier said Nepomuceno was conducting an intelligence monitoring of the drug personalities in the area of Police Station 1 when two unidentified motorcycle-riding assailants tailed and fired at him.

"His activities were probably monitored by the suspects, it's a well-planned to kill him in the area," he said.

The police are eyeing a work-related motive in the killing of the victim.

On Tuesday evening, two sports utility vehicles (SUVs) boarded with about eight unidentified armed men were also seen along Rosario Street, an area where Nepomuceno was killed on Sunday, dumping the headless body of Glenn Paul Castillo, 42, of Barangay Cabug, where the severed head was found in Barangay 2.

On August, 21, Castillo along with his live-in partner, was arrested in a drug bust conducted by CDEU in Barangay Cabug where Nepomuceno was one of the operatives.

Sarona said they could not yet confirm if the incident has something to do with the killing of Nepomuceno.

Placido also said a posthumous award will certainly be bestowed upon Nepomuceno but he cannot yet give specifics as the committee will have to meet to discuss it.

“Definitely because he truly deserves it. He will be given the appropriate medal,” he said.