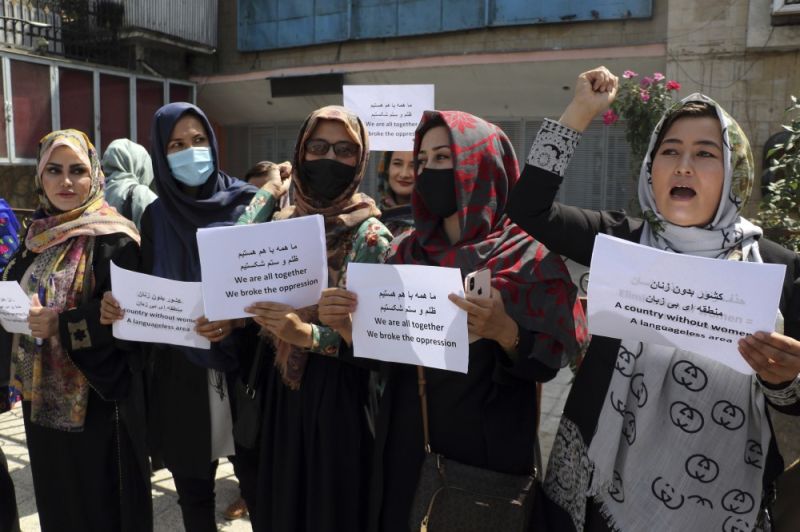 AFGHANISTAN. Women gather to demand their rights under the Taliban rule during a protest in Kabul, Afghanistan, Friday, September 3, 2021. As the world watches intently for clues on how the Taliban will govern, their treatment of the media will be a key indicator, along with their policies toward women. When they ruled Afghanistan between 1996-2001, they enforced a harsh interpretation of Islam, barring girls and women from schools and public life, and brutally suppressing dissent. (AP Photo)

AN OFFICIAL at Emergency Hospital in Kabul says two people were killed and 12 wounded after Taliban fighters in the capital fired their weapons into the air in celebration.

Taliban in Kabul fired into the air Friday night, September 3, 2021, to celebrate gains on the battlefield in Panjshir province, which still remains under the control of anti-Taliban fighters.

The hospital official spoke on condition of anonymity because he was not authorized to brief the media.