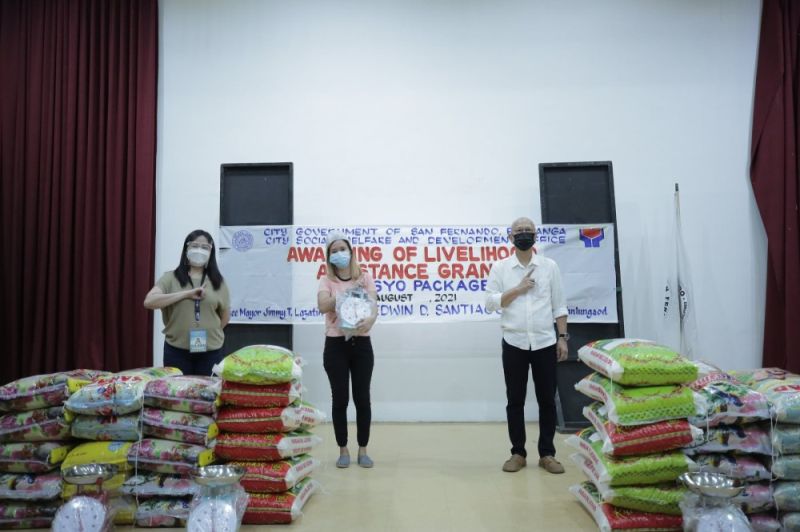 PAMPANGA. Vice-Mayor Jimmy Lazatin and a beneficiary flash the "Fernandino First" sign during the distribution of negosyo packages at Heroes Hall. (Contributed photo)

MORE Fernandinos are receiving "negosyo" packages and other business aid as part of the social and economic recovery and rehabilitation program of the City Government of San Fernando in Pampanga, through the City Social Welfare and Development Office (CSWDO).

During the distribution, more than 200 sacks of rice of assorted brands and 20 weighing scales were turned over by Vice Mayor Jimmy Lazatin and CSWDO staff.

The said packages were given to 30 groups that have five members each.

The beneficiaries will sell the products in their respective communities as their means of livelihood. (JTD)