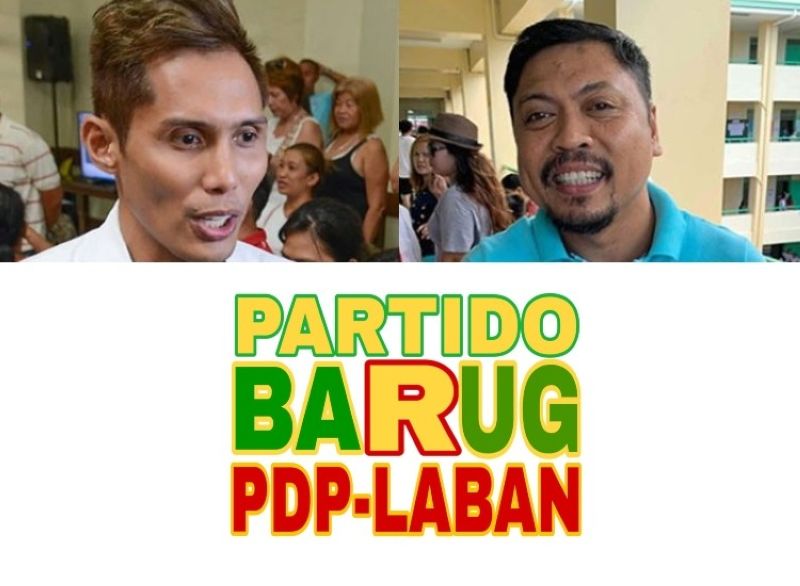 About 15 minutes later, Councilor Philip Zafra, Dondon’s colleague in Barug, posted the same word, presented in the same format as No. 1 councilor’s. Hours later, he explained why.

BASKETBALL CELEBRITY. Hontiveros -- who bills himself on social media as the “Cebuano hotshot” -- rode on wings of basketball celebrity to top the 2019 elections.

His basketball career -- started in Cebu while studying, successively, at Don Bosco, University of San Jose-Recoletos and University of Cebu -- began to soar when he played in the Metropolitan Basketball Association (MBA) for Cebu Gems in 1998.

Sports columnist John Pages wrote in an August 4, 2020 column that Dondon played in the PBA for “17 quality years,” with such teams as Alaska, Petron, Tanduay, Air 21, and San Miguel, bagging the distinctions of (a) ranking fourth in the list of most three-point shots in PBA history and (b) playing and winning three PBA championships.

TOP VOTE-GETTER. When Dondon leaped into politics in 2019, Dondon had the advantage of first-name recognition among basketball fans and their families in the south district. Dondon, 44 since last June 1, topped the votes among the 16 councilors who survived in the last elections.

To Dondon, he was Barug’s #1 vote-getter in 2019 and would be the #1 vote-getter for his party Barug in 2022, although, for the VM’s seat next year, he has to cover the north district as well. Dondon had served as acting vice mayor to acting mayor Michael Rama. He presided for the first time last August 26, saying “Mura lang wala kulba-i. Mao na giingon nila 'Fake it until you make it.' Must have worked pretty fast, for he’s “like feeling vice mayor already.”

Or Dondon might still be positioning for the final party decision on, or close to, the October 1-8 Certificate of Candidacy (COC)-filing deadline.

A VM or congressional slot would give him the chance to get elected to a government position where he could still have a basketball-related sideline in Manila. But he could do that as a second-term councilor, couldn’t he?

GRUMBLING. The initial grumbling started after the local Partido Demokratiko Pilipino-Lakas ng Bayan (PDP-Laban) -- the Barug elective officials -- came back from the Clark, Pampanga council meeting of the national party last July 16 and 17.

The news report then was that VM Rama would run for mayor, Councilor Raymond Alvin Garcia for vice mayor, and Councilor Nina Mabatid for the city north House seat.

The south district House slot would be a toss between Councilor Edu Rama and former councilor Joy Pesquera and the VM spot between Councilor Raymond and Councilor Dondon. The kinks included the reported preference of VM Rama for Dondon as running mate and TV actor Richard Yap contesting the choice of Mabatid in former congressman Raul Del Mar’s north district.

Wednesday, September 1, Dondon was reported to have fled to Manila (“nagluod”) after he was “refused” as Mike’s running mate (the gossip didn’t say who rejected him, for he was seen as the vice mayor’s protégé and “favorite councilor”). Friday, September 3, Niña Mabatid exploded over Yap allegedly doling out rice bought by the City.

A surprise to many City Hall watchers is Councilor Zafra. What is his beef against the Barug ruling party, which prompted him to declare ”independence”?

In a public statement, Zafra said that “amidst the pandemic, I feel that we need to set aside partisan politics to give more emphasis on service-direct partnership with the people.” He cited the “need to join hands together, even cross-party, in order to rebuild our city and country...”

IS HE DEEMED RESIGNED? Zafra uses rhetoric of many a politician paying lip service to non-partisanship during the public health crisis. But is he considered already resigned from Partido Barug? Did his FB announcement thanking the party officials mean he quit Barug and would no longer carry its name anymore and might even vote against it on purely divisive issues in the City Council? He could’ve “crossed party lines” without leaving the party, couldn’t he?

There may be a personal reason the public does not yet know, maybe another grievance over administration resources.

Or he may be genuinely fed up voting for majority decisions in the Sanggunian that inwardly he didn’t like. He could be jumping off a troubled ship but he’d also be losing party support for the rest of his term and the next election.