Having 2-week cough, fever, night sweats? Get checked for TB 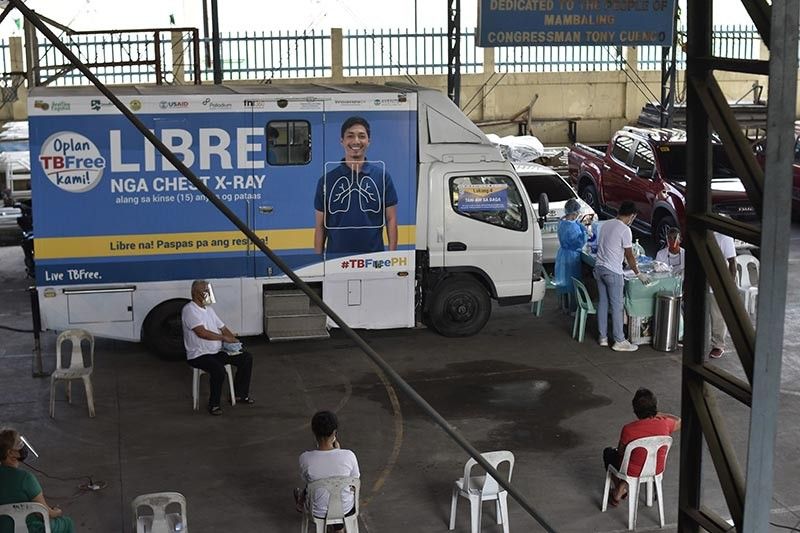 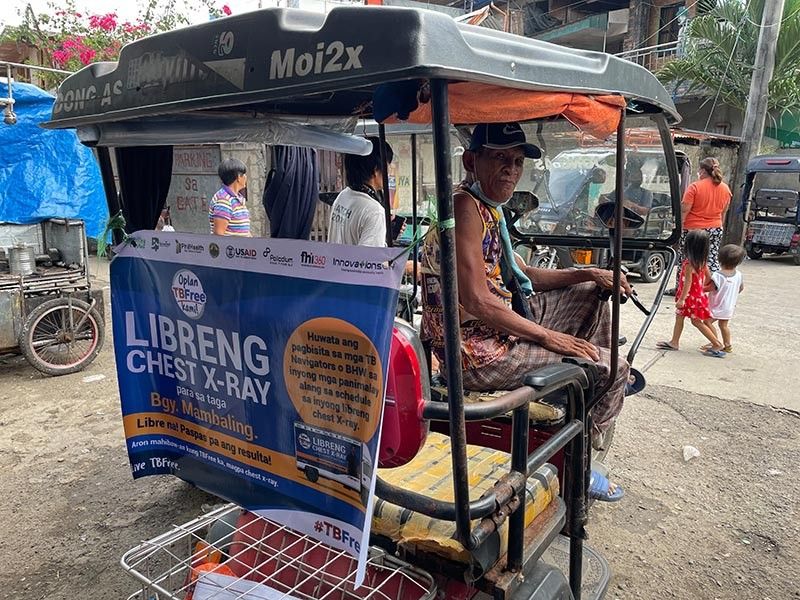 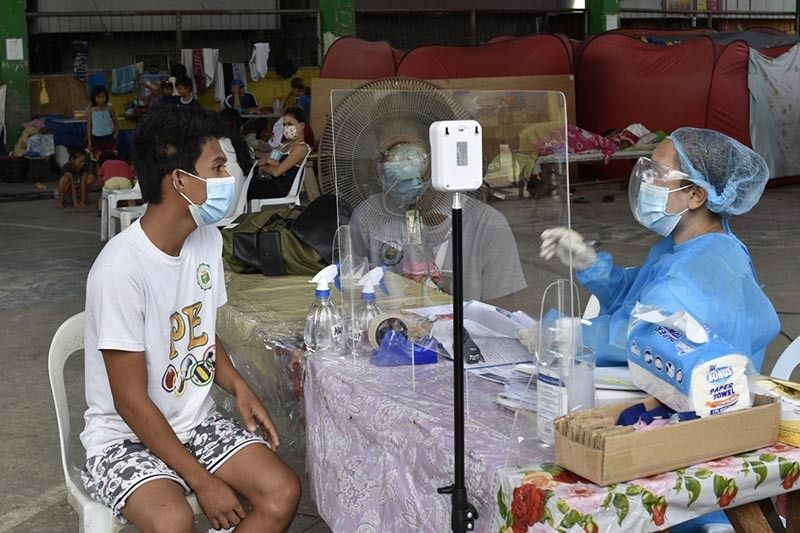 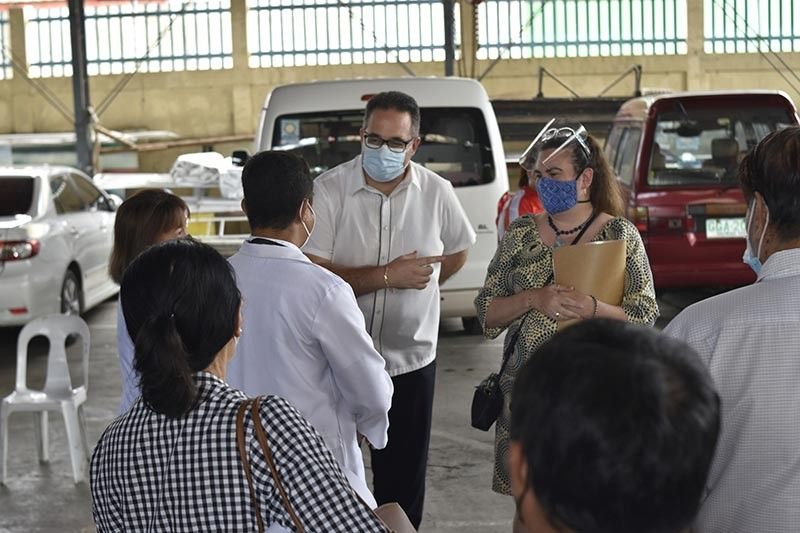 PROGRESS CHECK. Representatives of the United States Agency for International Development (Usaid), the sponsor of the program, check the progress of the City-wide TB Elimination Campaign (CiTEC) in Barangay Pasil, one of the two pilot areas in Cebu City. (Photo courtesy of Lester Ouano, communication specialist of TB Innovations and Health Systems Strengthening Project, FHI360) 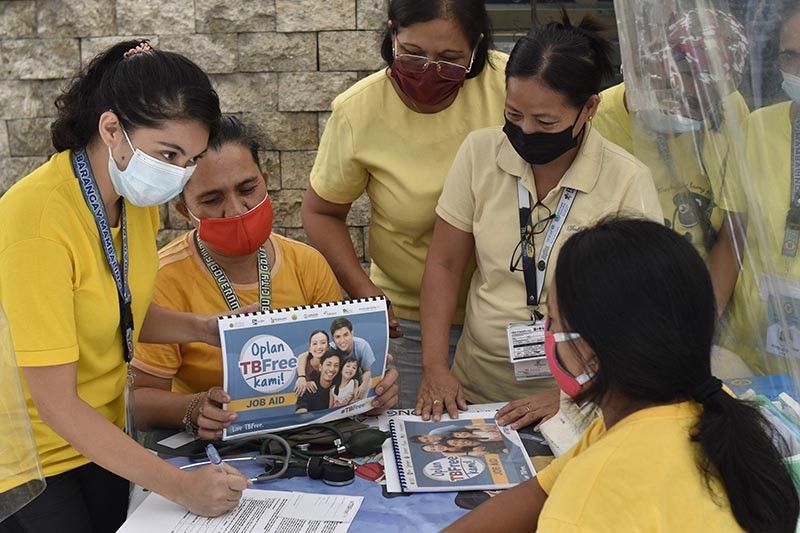 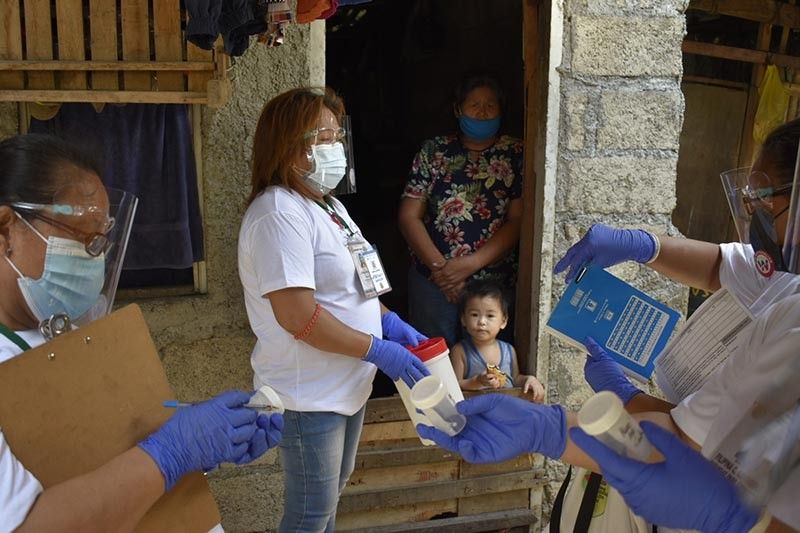 AS programs for Tuberculosis (TB), the leading infectious disease killer worldwide according to the Centers for Disease Control and Prevention, took a back seat amid the Covid-19 pandemic, the anxiety of being feared by other people for simply coughing or sneezing in public has become evident.

Dr. Sharon Azenith Laurel, regional medical coordinator for the TB program of the Department of Health (DOH) 7, said the still existing stigma surrounding TB remains a challenge especially in this time of the Covid-19 pandemic.

“That is also one factor why a lot of patients with TB symptoms refuse to go to health centers for screening, because they don’t want to be labeled as TB (patients). Another misconception is that TB is a disease of the poor,” she said.

“We don’t get to see many patients coming in seeking consultation for TB now also because they fear Covid. And because TB’s symptoms are chronic, they believe they can just delay consultation rather than get exposed to coronavirus in health centers,” she added.

To provide perspectives on how important early treatment and family support are in a person’s fight against TB, a TB survivor in Cebu shared her personal experience in overcoming both the disease and the stigma.

Josephine (real name withheld upon her request), 41, a mother and a Cebuana TB survivor for eight years now, said being anxious of receiving a diagnosis, especially of TB, is normal, but that is not the end of the line.

She was 29 years old when she started to feel sick in 2008. She had persistent cough and unexplained weight loss; she also got afternoon fever and experienced chest and back pains.

In the same year, after undergoing medical consultations in a private clinic in Cebu, she was diagnosed with pneumonia and was hospitalized.

Pneumonia, according to the World Health Organization, is a form of acute respiratory infection that affects the lungs. It is caused by a number of infectious agents such as viruses, bacteria and fungi.

Four years later, in 2012, after going home from a wedding celebration she attended, she, for the first time, coughed up blood.

She then consulted again a private physician and was sent for an x-ray test. Hours later, she found out she had TB.

“I was scared at that time and was unsure if I should tell my husband about it as I feared he would get mad at me,” she said in Cebuano.

She said she was also disappointed and worried as someone she knew had died of TB and she was aware of how some people avoided persons with TB.

Her fears were unfounded. Her husband, Luke (not his real name), stood by her every step of her treatment.

For six months and twice a week, Luke claimed Josephine’s medicine from their barangay’s health center. He made sure she ate healthy and promptly.

He said he was sad and worried if Josephine could bear the pain.

“I was, somehow, aware that her condition could worsen as she was in and out of the hospital already,” Luke said.

As they had already shelled out a good amount of money for her previous medical checkups and medicines for pneumonia, Josephine said, it was a huge help that they went to the City Health Office to avail herself of the government’s free programmatic TB medication, upon her sister-in- law’s encouragement.

Josephine recalled having to take in three tablets of medicine after every meal for six months and undergoing a sputum exam every two months until she was declared as TB recovered.

Aside from the physical pain and sleepless nights caused by TB on top of its side effects which made her weak, she also decided to be isolated in a separate room, enduring months of less to no physical interaction with her children.

She also used her own set of eating utensils as extra precaution for her family.

She said that until now she is unsure of how she contracted the disease, although, before her situation worsened, she met with her younger sister from Leyte who had come to visit Cebu for a medical checkup for the same complaints.

She said they found out later that her sister’s symptoms were also of TB and that she needed hospital admission.

Fortunately, they both are now TB survivors after months of rigorous home treatment.

She said early treatment meant a chance for a longer life for her and that her six months of rigorous medication were nothing compared to the years she was, and continues to be, with her family.

DOH doctor Laurel said that while taking extra precautions is not bad, a person cannot get TB from sharing cups or other eating utensils as TB is air-borne and TB bacilli could not survive longer in the air without a host.

“You don’t have to be isolated for a longer time. Once you get the medication and you take it religiously, you are strictly complying with medication, in two weeks’ time, you are already considered less infectious,” Laurel said.

She also said as TB is a bacterial infection, it is not hereditary; moreover, not all who have it are already considered infectious as TB is a chronic disease.

She said about 70 percent of those who get exposed to a confirmed TB case will not get sick of TB right away, while the remaining 30 percent who get ill are those they consider “immunocompromised” or those with weak or impaired immune systems.

She, however, said those with latent or inactive TB can still be given prophylaxis or a preventive measure emphasizing that diagnosis and medication for both drug susceptible and drug resistant TB is for free.

“They can just go to health centers. We also have services in select private hospitals as long as they are DOTS (Directly observed treatment, short-course) facilities,” she said.

She said this is not reflective of the actual cases as this is just based on reporting, which has been affected by the Covid-19 pandemic.

“During the height of the pandemic, we can say that our case finding initiative was passive. So we wait for patients to go to the center for consultation,” she said.

She said healthcare workers in the region had to multitask amid the Covid-19 response.

To catch up with the target, she said, the region is advocating to all the local government units (LGUs) to do active case finding initiatives.

On April 30, 2021, the Cebu City government, DOH 7, and PhilHealth launched the City-wide TB Elimination Campaign (CiTEC), a joint undertaking to address the TB problem and to initiate the implementation of the Universal Health Care (UHC) Act by translating it into local policies.

The CiTEC project is being supported by the USAID-TB Innovations and Health Systems Strengthening (TB-IHSS) and USAID-ProtectHealth.

Dr. Laurel said they prioritize densely populated areas as they expect a number of undernourished populations in them.

Active Case Finding (ACF) was implemented in Mambaling, while Enhanced Case Finding (ECF) was done in Pasil. Both used the “screen all” approach by employing TB navigators to help screen and monitor TB symptomatics.

New technologies are also used by the program like digital X-ray with artificial intelligence in Mambaling to shorten turnaround time from screening to treatment and rapid diagnostic laboratory exam (GeneXpert) in both barangays.

Ogan said though CiTEC activities are suspended because of quarantine measures, they were able to screen a total of 4,676 individuals in Barangay Mambaling.

A total of 25 were then found to be positive for TB and are undergoing TB treatment.

A total of 3,284 individuals in Pasil have also been screened under CiTEC. Five of them were found positive for TB and are undergoing treatment.

Ogan said 48 healthcare workers of the Cebu City Health Office are mobilized for the CiTEC program.

“(For some good practices) there is giving of rice by the barangay officials to residents who participate, but there is low turnout for the x-ray and sputum exam because residents are afraid of the Covid and some are not interested,” he said.

He acknowledged the need for “more” health education and to involve non-government organizations and sitio leaders.

Laurel said the best time to seek consultation for TB is now as “early detection is longer time (to live) and less chances of infecting others, especially the most vulnerable ones.”

This story supports the #TBFreePH campaign of the Department of Health (DOH). With the help of the United States Agency for International Development (USAID), #TBFreePH aims to increase and improve conversations about TB and help address stigma and discrimination experienced by persons with TB.