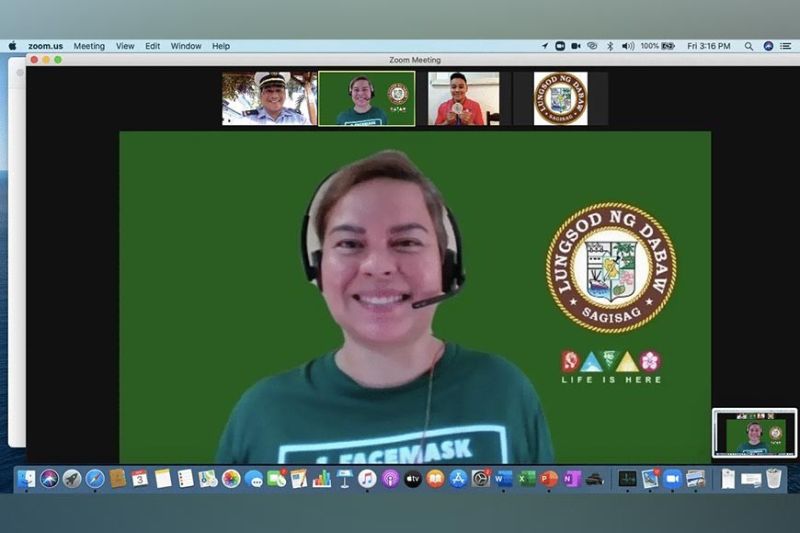 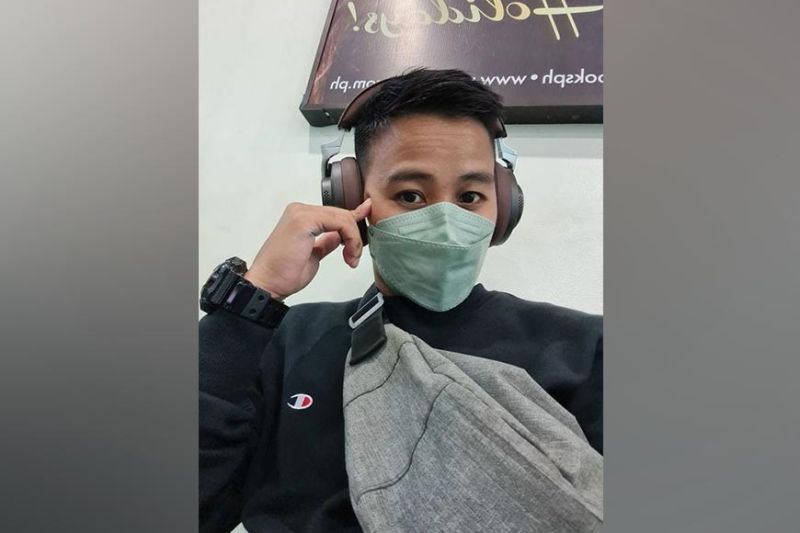 (I kept saying I was nervous because it was our first time to meet via Zoom and I was starstruck with her. How much more if we meet face to face.)

She felt encouraged that Mayor Duterte and the rest of the City Hall of Davao employees also supported her during her Olympic debut.

(They've been keeping track of our games. During break time, they would watch us compete in the Olympics, especially my matches.)

She also felt warm in her heart when the mayor congratulated her for making the country proud.

(I'm thankful for the honor you brought to the people of Mindanao and the pride your brought to Filipino women.)

Petecio described the lady mayor as "cool kaayo (so cool)." She was made to understand that government-organized activities and other forms of mass gatherings such as welcome honors are strictly prohibited in Davao City due to an existing executive order as a way to mitigate the rising Covid-19 transmission in the city.

For Petecio, the virtual meeting with the mayor was already an honor and she's thankful for such a rare opportunity.

(The mayor said they'll be giving me a congratulatory gift. I thank Coast Guard Ensign Vasit Venturillo and District Davao Coast Guard Commodore Allan O. Corpuz for the time that I can talk with Mayor. I am most thankful to God for his blessings.)

Petecio shared how Duterte-Carpio at first thought that she's a man.

(Mayor told me, "Don't you know that we at City Hall thought you were a man. Somebody told me, he's handsome mayor, and I replied, yes, he is handsome. Then another told me she's not male, mayor." I laughed and was shy. She also told me, "Whether you have long or short hair, you are ggood-looking" I was thrilled that Mayor appreciated my beauty).

Petecio returned to Manila Sunday evening, September 5, after a short vacation where she was welcomed at the Philippine Coast Guard District Davao Office in Sasa and given a hero's welcome in her hometown Sta. Cruz where she was also awarded a P500,000 cash incentive on August 30.

The Provincial Government of Davao del Sur also gifted her with a P250,000 congratulatory token while Governor Marc Cagas' family handed her another P100,000.

She said all that she received from Sta. Cruz and Davao del Sur LGUs will be given to her family in Tuban and it's up to them how they will put the money to good use.

For her Olympic feat, Petecio has received some of at least P24.5 million promised cash incentives from the government and business tycoons alongside other rewards like a brand new Chery car, residential properties in Tagaytay, Laguna, and Davao City, free fuels, and free flights.

Petecio is buying a 1.6-hectare lot in Sta. Cruz for farming and is still planning for other business ventures.

She will continue with her engagements in Manila and also report for duty at the PCG this month before she resumes training in Baguio City with the rest of the national team in October. She, along with Olympic gold medalist Hidilyn Diaz, fellow silver winner Carlo Paalam, and bronze medalist Eumir Felix Marcial, will pay the Senate a courtesy visit today, September 6.

(It was okay but it was not enough but I got to rest when Mama was hospitalized. We slept together.)

She will come back on September 30 for the turnover of her fully furnished house from the National Housing Authority in Tugbok District, Davao City, which was also a gift from President Rodrigo R. Duterte.